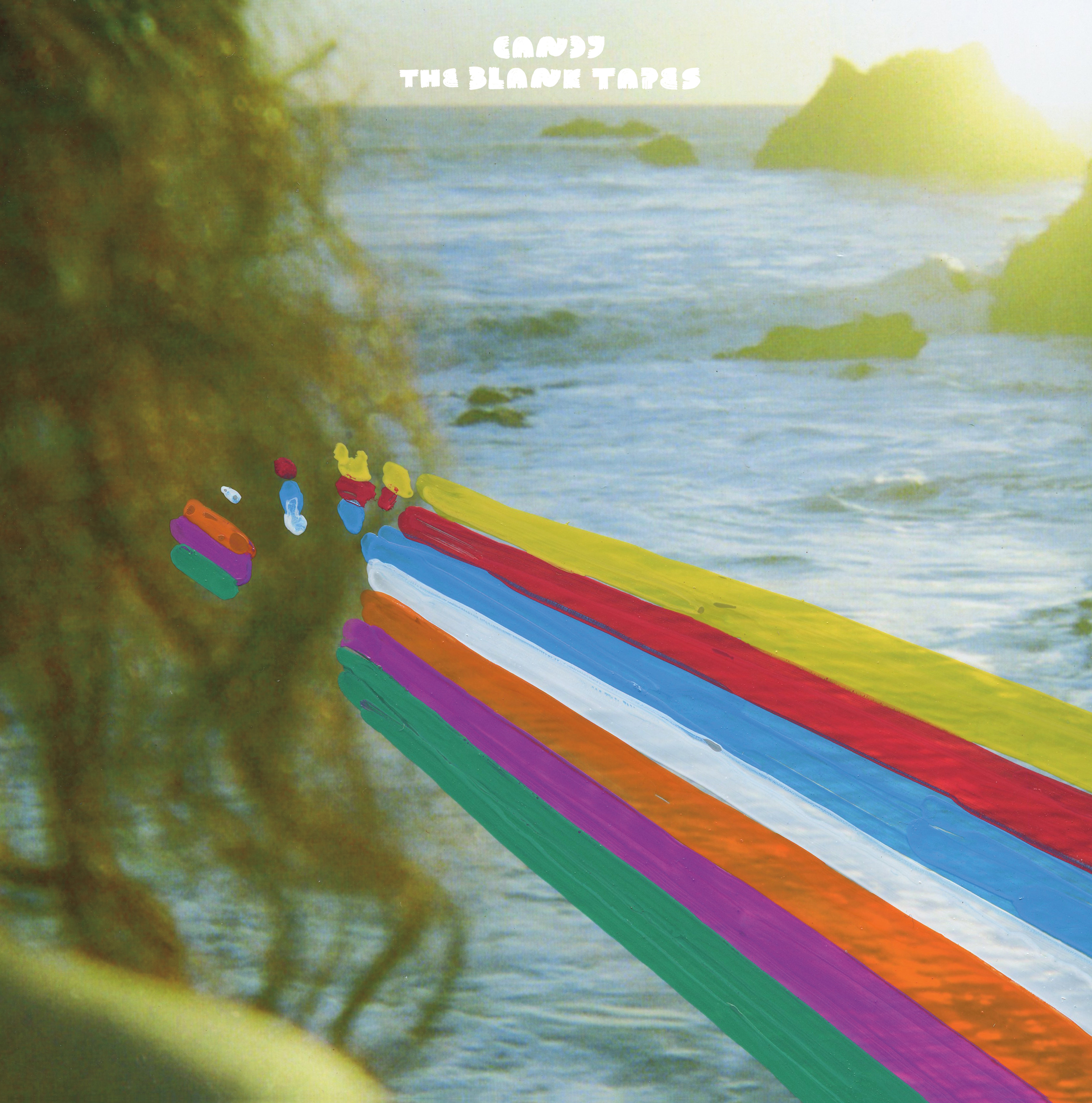 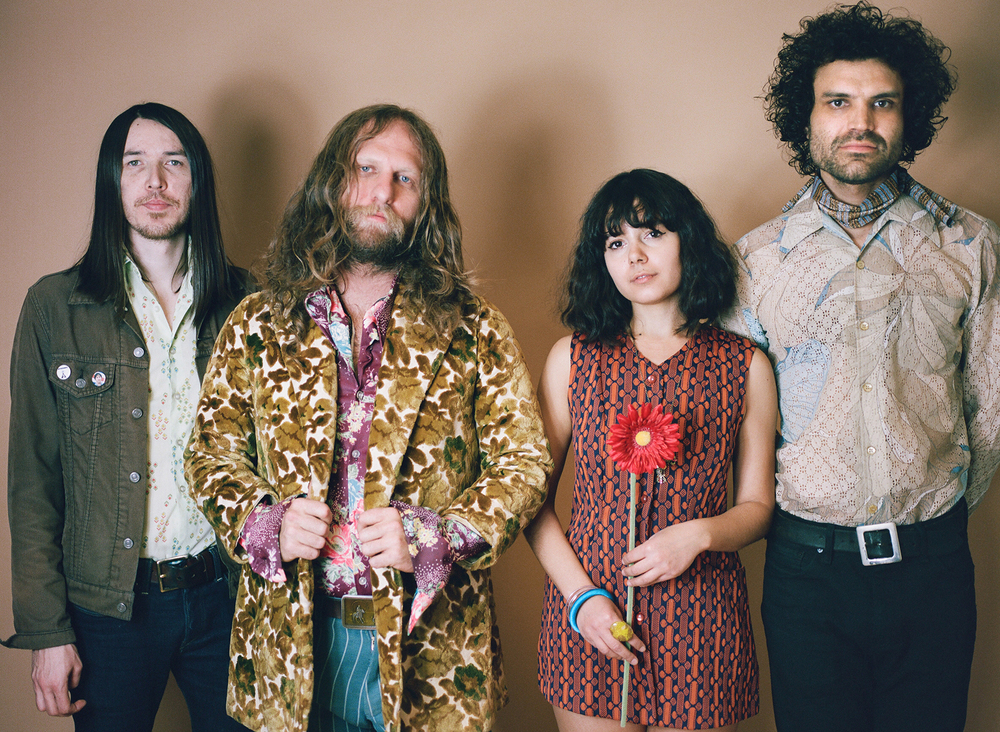 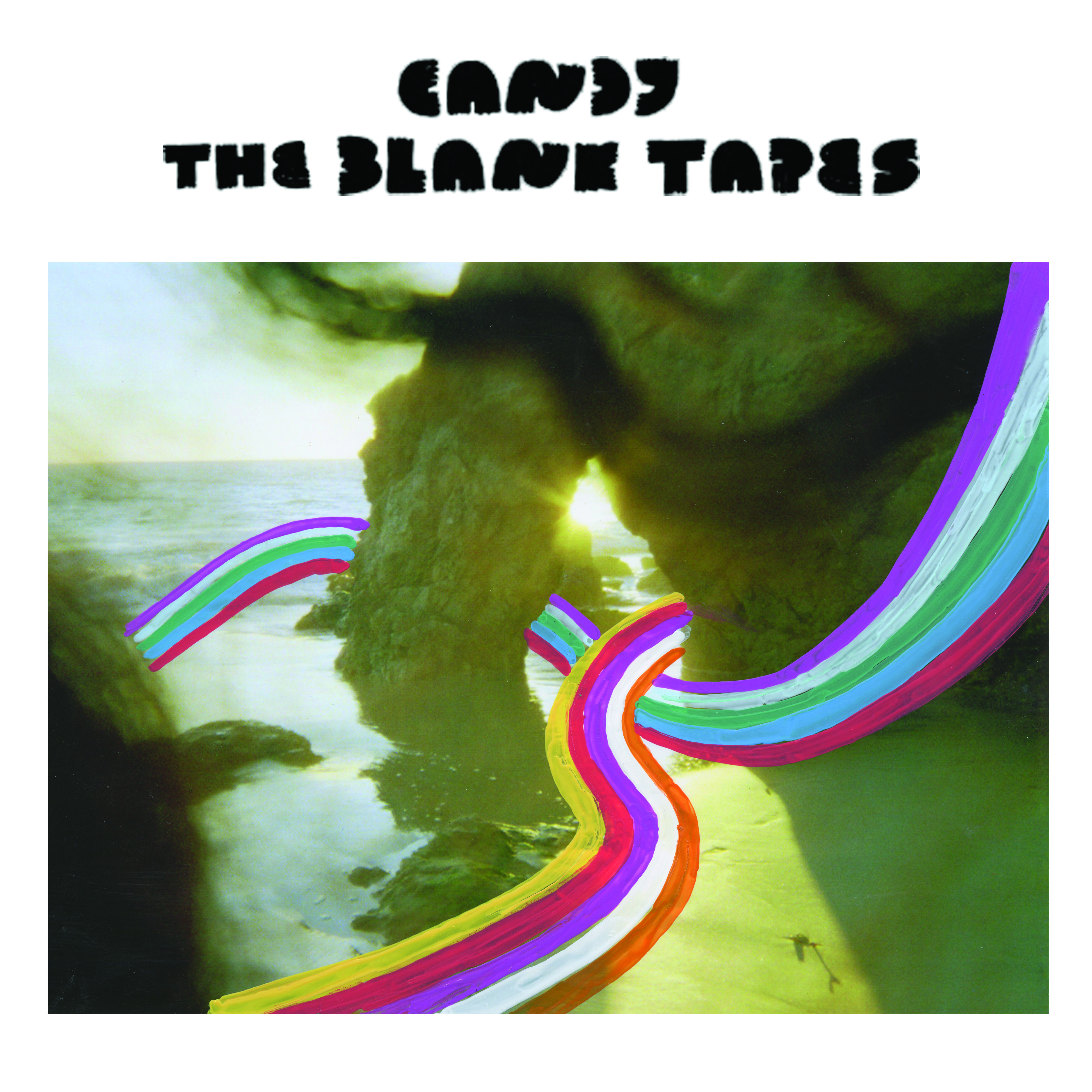 NOTE THIS IS A PREORDER
Any records purchased with this LP will be shipped whenever the records are in, which should be soonish.
This doesn't officially come out until July, but preorders will not only get INSTANT MP3 downloads, but we will also ship you your LP as soon as we get it, which could be any time in the next few weeks,

I LOVE the Blank Tapes. And Candy is probably one of the strongest records Matt Adams (who plays most of the instruments on recordings) has ever made. It was produced by Eric D. Johnson of Fruit Bats, and it's a serious sunbaked summer driving jam. I just drove from Los Angeles to San Luis Obispo up the Pacific Coast Highway in the MVR van blasting this thing, and it was a PLEAASAANNT experience. I don't smoke the weed, but Matt does, and if you do, "the drugs" pair nicely with this one.

There is a limited version on "unique transition and pressman's choice" vinyl, which is basically just when my friend Cash at the pressing plant throws in whatever colors he feels like at the moment to make a record unlike the rest of the batch. The Limited Version comes in a silkscreened cover with a glossy 8x10" that has been painted on by Matt. There are ten of each photo, but the rainbow he draws on them will all be unique.

Check some out at: www.soundcloud.com/piaptkshop

Here is the promo blurb:
THE BLANK TAPES is the moniker of Los Angeles based multi-instrumentalist and producer, Matt Adams, who has produced over a dozen albums of 1960’s inspired folk-rock-surf-psych-soul-pop on Volcom, Burger Records, Antenna Farm, and many others. Their new album “Candy” was produced by Eric D Johnson (of The Fruit Bats) at his home studio in Portland, OR featuring bandmates Will Halsey of “Sugar Candy Mountain” & Veronica Bianqui as well as EDJ himself. The Blank Tapes have toured throughout America, Canada, Brazil, UK, Europe, & Japan. Matt is also the visual artist behind his band’s (and a slew of others) posters & album covers. 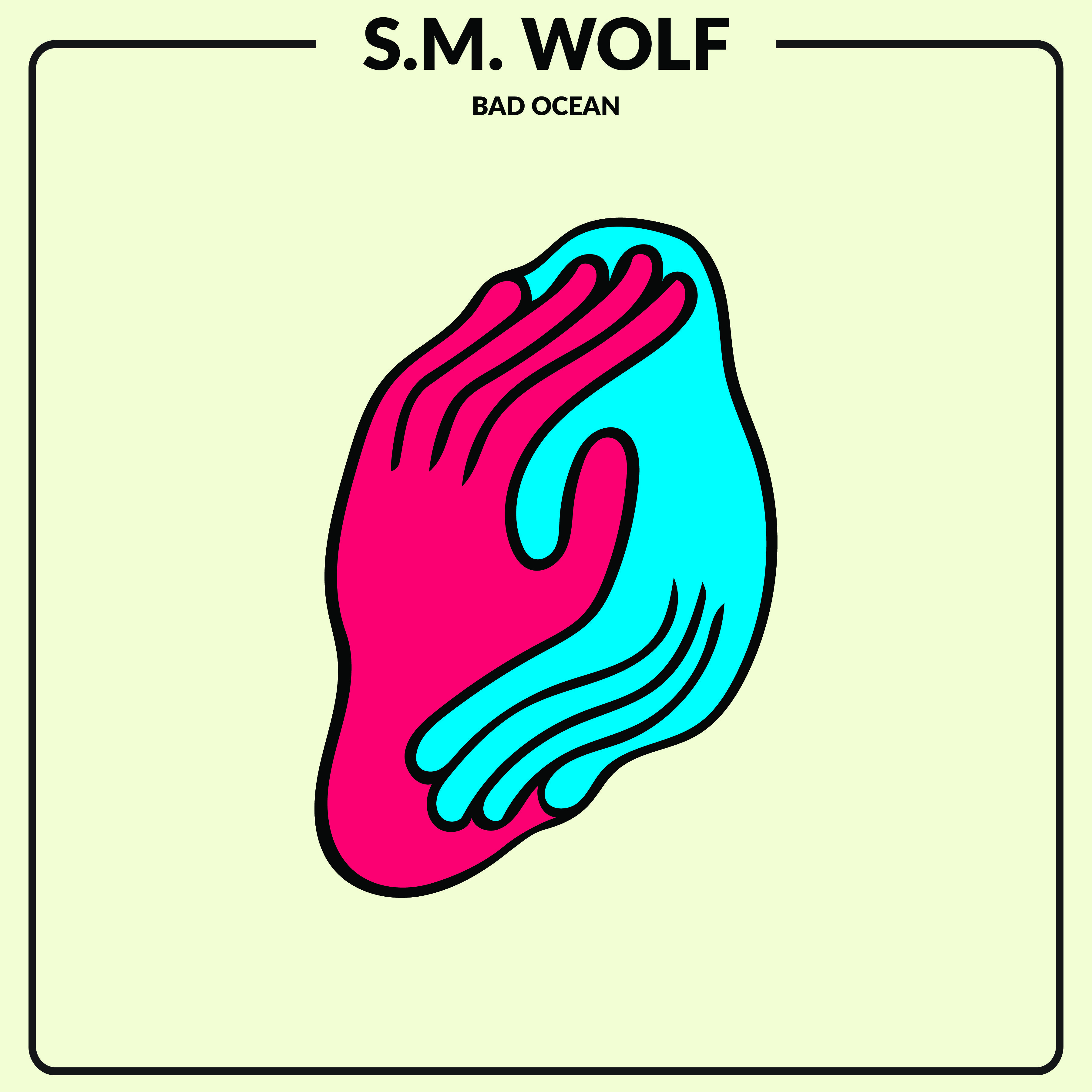 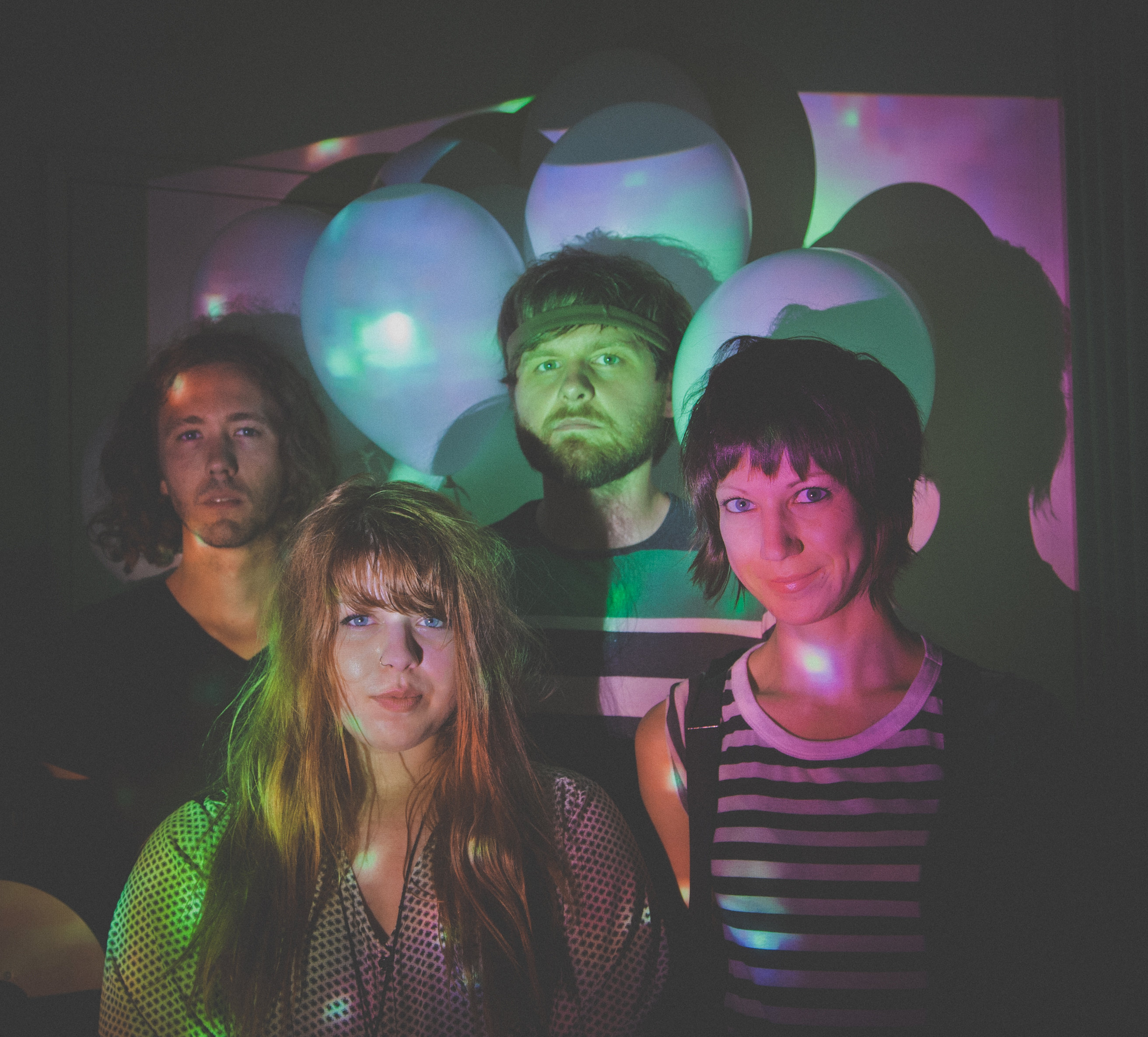 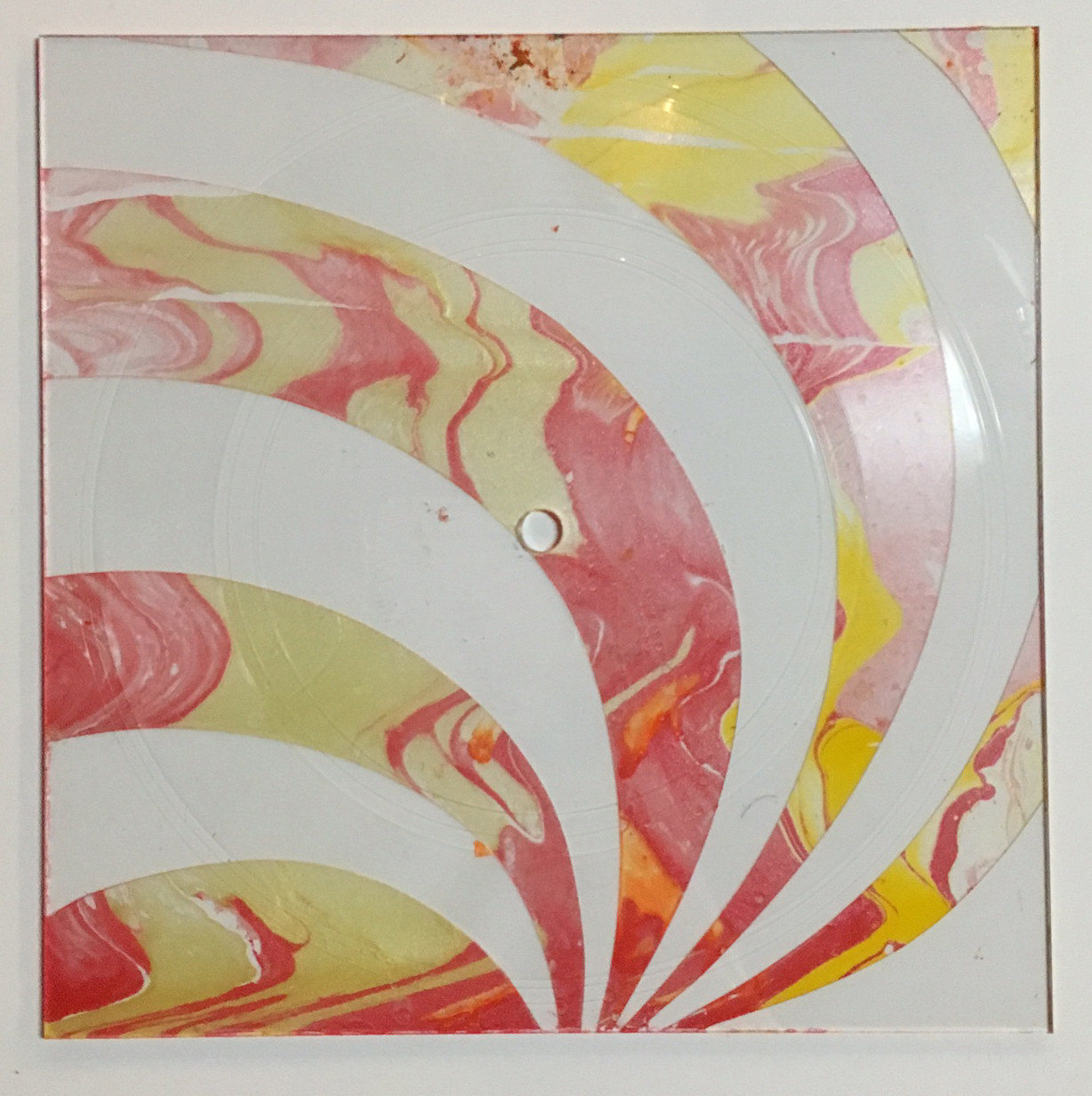 Adam Gross is an old friend that I met when his old band, Amo Joy (who I've done a fair number of records for over the years) played at my day party at SXSW. He's also half of the duo that writes the songs for a toy called Edwin The Duck, who you've probably never heard of, unless you have a one year old. If you DO have a one year old, buy the little brat an Edwin the Duck. But anyway, he rules... as does his current project SM Wolf (who I've ALSO done several other releases for). Fun Fact: Adam and I once played in a wedding band together. Meaning that we ONCE played some songs by The Band in his basement when the real drummer for the Wedding Band couldn't be there.

Their new LP, Bad Ocean kicks power pop ass. If you like The Elephant Six Collective AND Weezer, you are gonna love this.

It is a co-release between PIAPTK and two of my favorite labels, Almost Halloween Time, and Ipreferpi. Almost Halloween Time is the crazy Italian who hand paints all of the covers with a unique, but themed oil painting. Who knows what he's doing with this one, but it will be incredible. IPreferpi almost feels like the label PIAPTK would still be if I wasn't out of town all the goddamn time. Steven has picked up the ridiculous ideas that I used to specialize in to make releases unique and blasted them into the stratosphere. I'm honestly jealous. But I digress.

Check some out at: www.soundcloud.com/piaptkshop

Variants:
Almost Halloween Time - Ltd Ed of 50 in hand painted covers, each unique
PIAPTK Version - Ltd Ed of 100 on white vinyl, with Bonus pic disc lathe cut of outtake "Rebel Sunrise", with a unique stencil design cut by Lindsey Schief (LAKE/Solid Home Life) and dip painted by my kid and her friend Jack (until they got bored and went off to do something else, leaving me to finish them alone and yell at them to keep the goddamn noise down. But I digress... again.
Ipreferpi Version - ltd ed of 100 on red vinyl. I have no idea what the hell Steven is gonna do, but it WILL be cool.
Baby Blue Vinyl - Ltd Ed of 300 for distribution, but we will have a few here.
Black Vinyl - you know. whatever.

Here is the Promo Blurb

S.M. Wolf is a psychedelic power-pop band based in Indianapolis and fronted by Adam Gross, an elementary school teacher by day. Initially forming as a solo recording project to commemorate the 2013 vernal equinox, S.M. Wolf quickly became a live with members Rachel Enneking, Ben Leslie, Melanie Rau, James Furness, and Bryan Unruh. The band initially released two EPs, a 7” on In Store Recordings and a cassette on Jurassic Pop.
The band’s first LP, Neon Debris, was co-released by both of their previous labels with the lead single being released on lathe-cut 7” by Joyful Noise Recordings. The album saw premiers on The Nerdist, Impose and My Old Kentucky Blog as well as a Daytrotter session. Neon Debris rounded out the year landing tracks on end-of-year playlists featured on Sub Pop and MOKB.

Following a single released on PIAPTK, S.M. Wolf toured both coasts while preparing for their second full length, Bad Ocean. On this record the band reaches deeper into the kitchen sink of musical instruments and presents lyrics that are more vulnerable and personal than on previous records while still maintaining the same fuzzed-out pop hooks that they're known for. 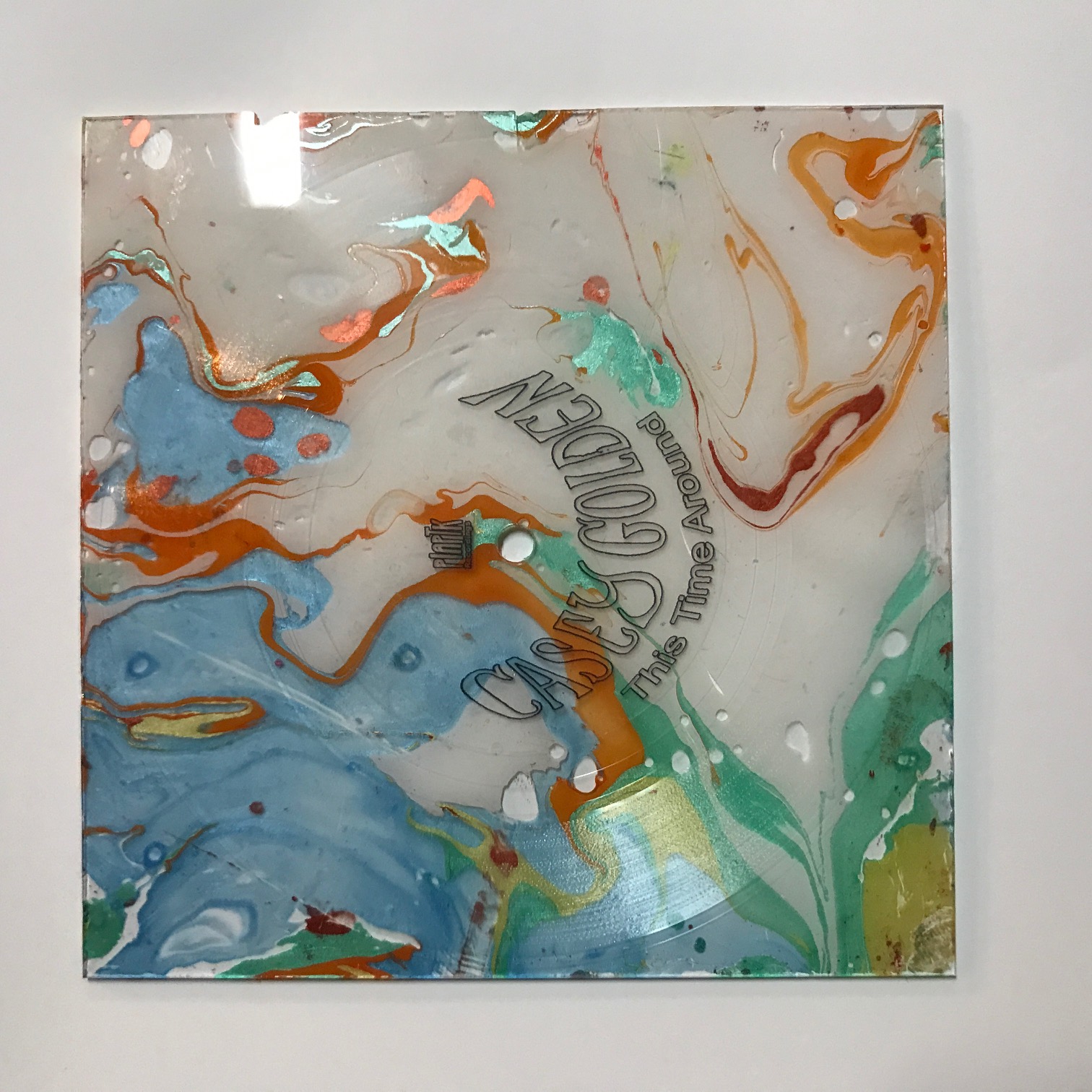 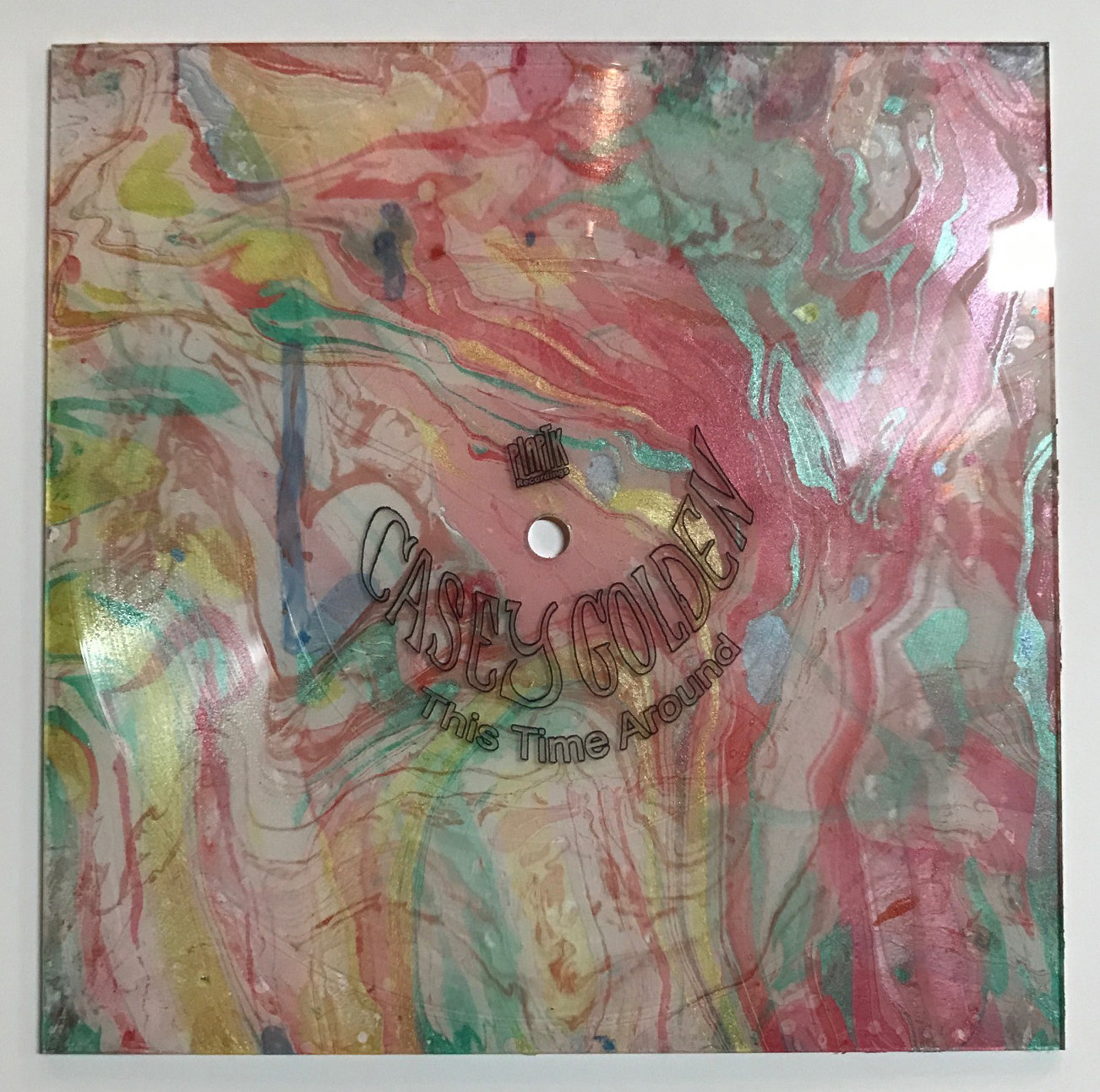 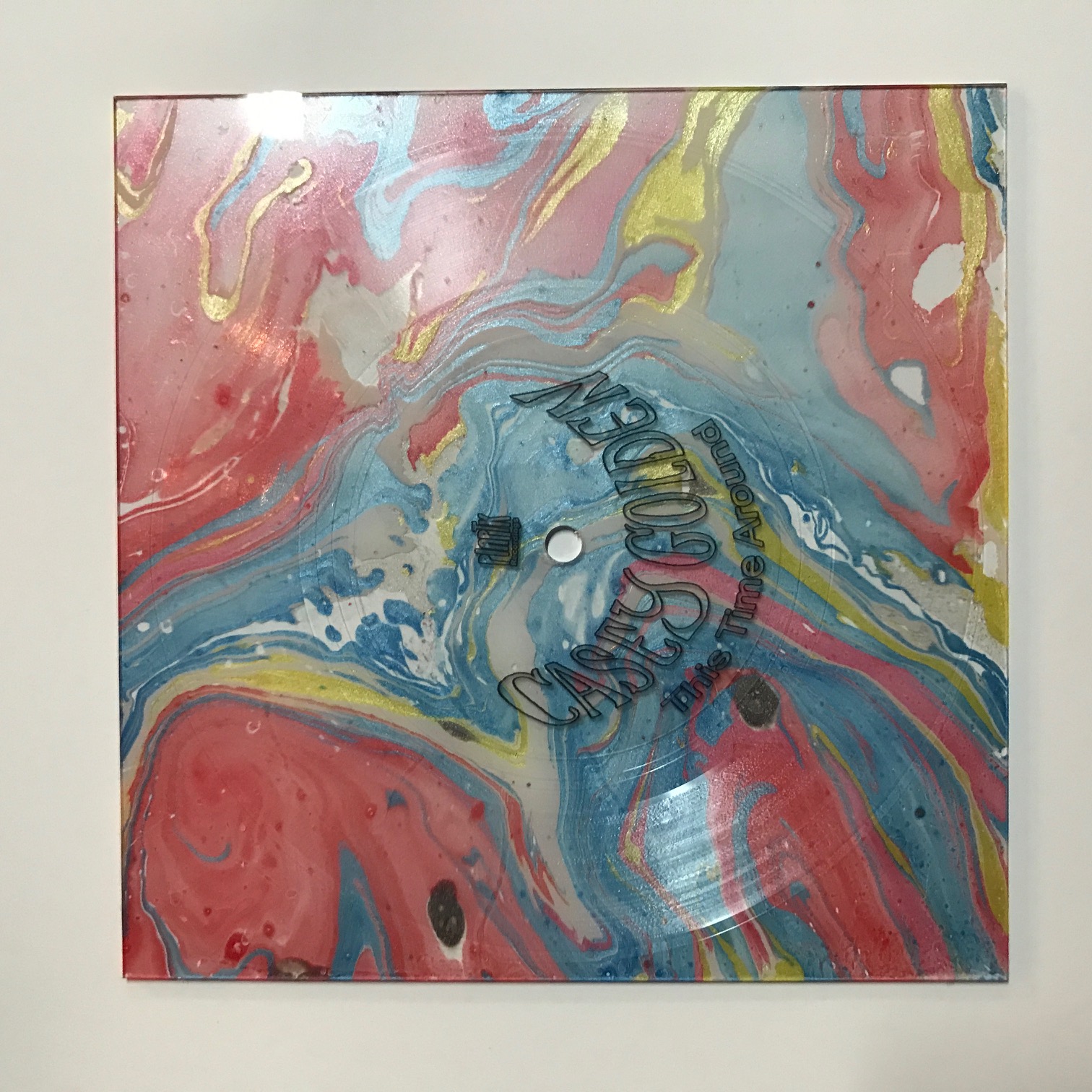 3. Casey Golden - This Time Around 7" and Euro Tour
Casey Golden is a good bud and singer songwriter in Tucson. He has a new LP coming out on Muscle Beach Records and is headed to Europe soon to start promoting it. He hired me to make him some tour 7"s, and I liked it so much, I decided to release it. We made 60 copies on marble painted vinyl (marble painting done by my 7 year old daughter, and she went wild this time). I've only got 25 copies to sell.

The single gets released digitally on 4/20/18, and I'm unfortunately not allowed to include the download or preview the song before that, but take my word...If you are into the hazey beach psych stuff I've been churning out lately, you will dig it. It's got Conor "Catfish" Gallaher (Tucson heavyweight who plays with everyone from Calexico to Pearl Charles) playing Hawaiian pedal steel all over it.

If you live in Europe, go see Casey and the boys at one of the dates below: 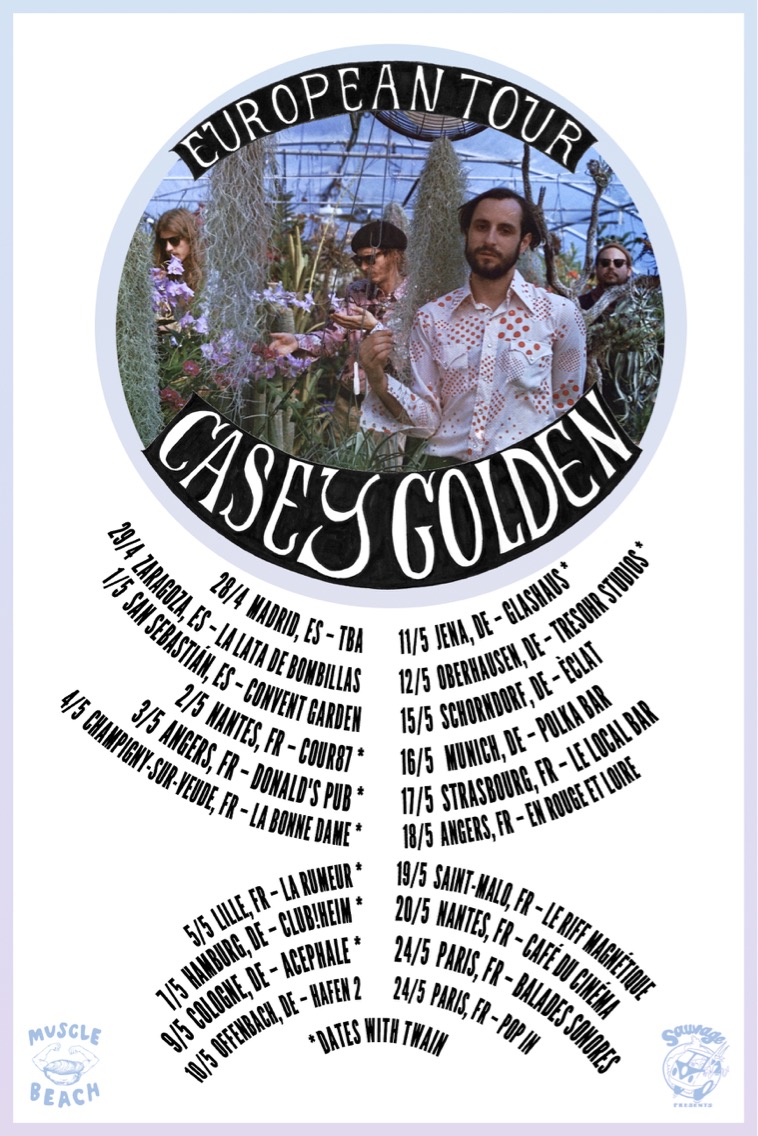