Well shit. What a time to be alive, huh?

I've been woodshedding down in The Lathe Cave cutting like crazy to keep from going crazy. Got three new releases this time from some of the 'ol PIAPTK Regulars, Floating Action(ish), SM Wolf, and The Blank Tapes. But equally exciting is what is coming down the pipe very soon... some old buds that it's been a while since I worked with... Briana Marela and Lee “Gull” Baggett. But, that will be another email in a week or two.

One thing: For the near future, I am not “limiting editions” of this stuff. I am not going to keep making it forever, but I also don't want people who are struggling financially to have to choose between groceries and a record because they are afraid it will sell out. So, you know, if your income stream has not been disrupted or that $1200 is burning a hole in yr pockets, it would help ME and the artists out if you buy some of this stuff, but if you are struggling, don't worry, I'll make you one special down the road when you get back on yr feet if I have to. We (democratic) socialists over here and we control the means of production. 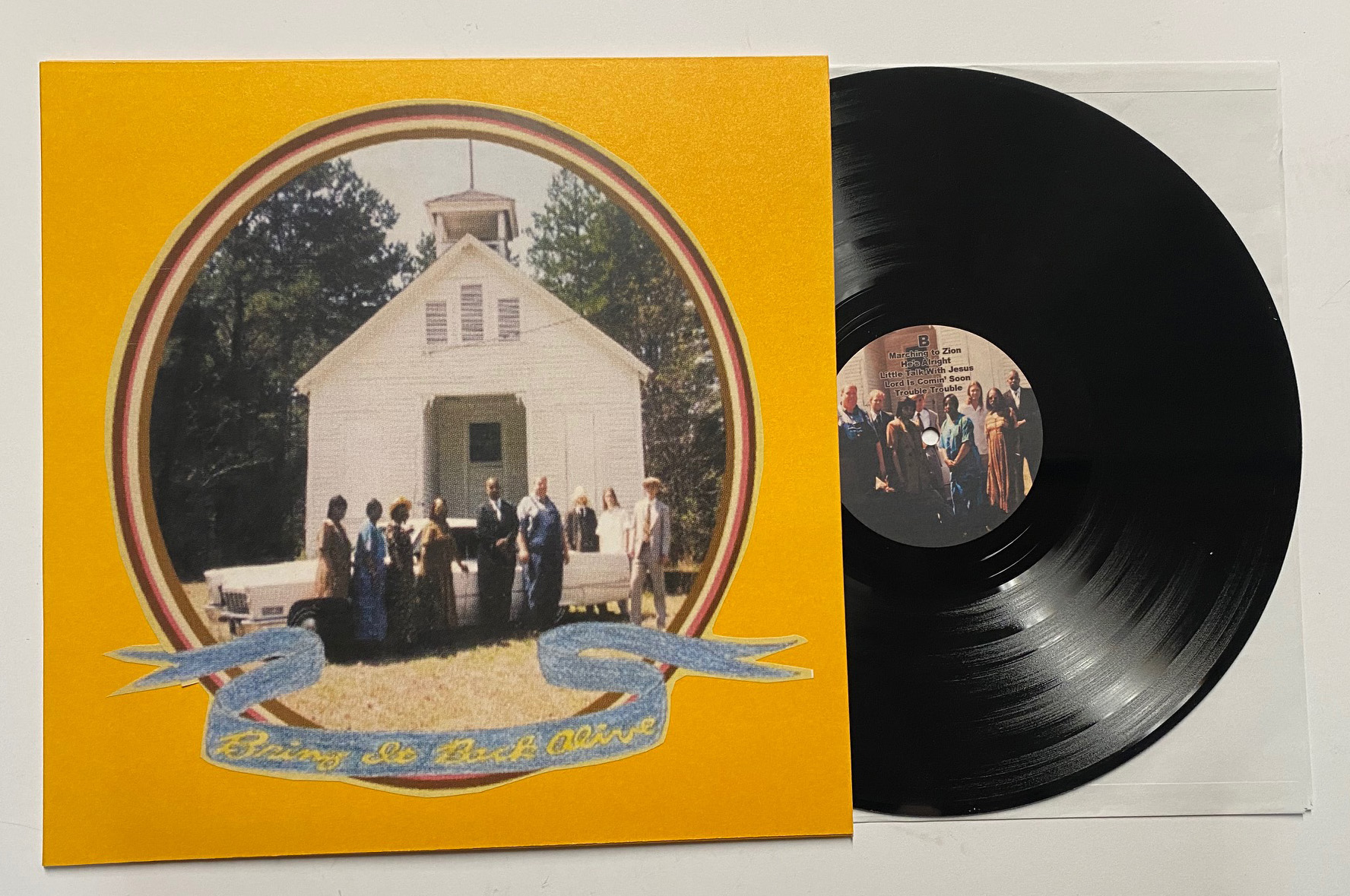 This is a hidden rarity. Not ACTUALLY a Floating Action record, but an album Seth did with his friend Bryan Cates and the Moore Sisters from the Tabernacle Baptist Church in Greensboro, NC. This is a great Gospel LP and any funk/soul crate digger would be stoked to come across this if it were disguised as a late 60s/early 70s album and would be unlikely to know the difference.

(If you ordered the Standard Edition of Floating Action's Outsider Art, those should be here and start shipping in the next couple of weeks... Select "Add-On" at the order page and have this added on with no extra postage. Any other items you purchase along with this will also be shipped free with Outsider Art and you will receive a shipping refund for anything you paid on this order as I start to process them).

I rarely do Lathe Cut Lps because they are expensive and take forever, and until recently we've had pretty mixed luck with fidelity on larger records, but these came out sounding really nice! NOTE: May not play on cheap turntables that don't have 12” platters because the plastic isn't as rigid as a pressed record and slumps without support from the platter.

ABOUT THE ALBUM FROM SETH:
It was 1997, Bryan Cates (my best friend & musical ride or die since age 5) and I were 20 yr olds in Greensboro, NC. We felt it was our duty to make the current musical landscape a better place, by making 'the quintessential gospel album'. This was pre cel phone, pre internet, pre email era, and we were young idiots who didn't know anybody, basically. Bryan sort of knew a piano player (Big Derrick Morris) in Winston Salem, NC, who was a co-worker an old school gospel singer Maxine Gwynn, who had two sisters (Veronica and Carolyn) who all sang in church together. Incredible singers. It's hard to describe just how difficult it was 'back then' to track down a bunch of strangers in different towns, and try to get them together to make an album. We finally did, manage to all get together for three different Saturday afternoon sessions, spread throughout a year or two(!). We also had our friend /the best drummer in the area, Shane Key, on drums. We didn't believe in bass back then for some reason...felt it wasn't legit? Not sure why. We were so deep into old blues and gospel recordings then, and you often can't really hear all the instruments, so I think we thought there just wasn't bass? So anyway, we had Shane on drums, Big Derrick on piano, me on electric guitar, Maxine, Veronica, and Carolyn singing, and Bryan singing lead and playing acoustic guitar. Bryan had written a few songs for this album, as well as picked some 'choice nugs' of old gospel standards to do.

I remember using DiscMakers to make 1,000 cds(!) of Bring It Back Alive, and them being agitated at how low resolution the artwork,etc was...again I had no idea what I was doing with that stuff, and didn't know anyone who did. I think we played maybe three concerts at three different churches, and it was amazing, and everyone in the group was like 'this is so fun, we should keep doing this all over the place!'. But we had zero connections in the music industry back then, and clueless of how to book shows, etc, and it wasn't really the type of project that would perform in local dive bars...so there ended up being nowhere for Bring It Back Alive to exist. Everything kind of fizzled out, and Bryan and I still have boxes of probably 970 cds left, packed away.

Every so often I'll 'remember' that we did make that album - and it never really made it into the digital era, no one knows about it, it's legacy has no way of living on. So in 2020, I ran the cd through some vintage tube gear and an old spring reverb, which yielded pleasing results. It at least made it sound 'more like it's supposed to sound' and less plastic-y and clean than the original cd which Bryan and I never thought sounded quite right.

Looking back, it's truly a beautiful, rare, and unique joining of people and voices. I mentioned it to Mike Dixon of PIAPTK, he's like 'send it to me', and BAM, he has 30 records of it pressed. To have Bring It Back Alive live on, on vinyl, is truly the most fitting way to experience that rare captured moment that was almost forgotten forever. 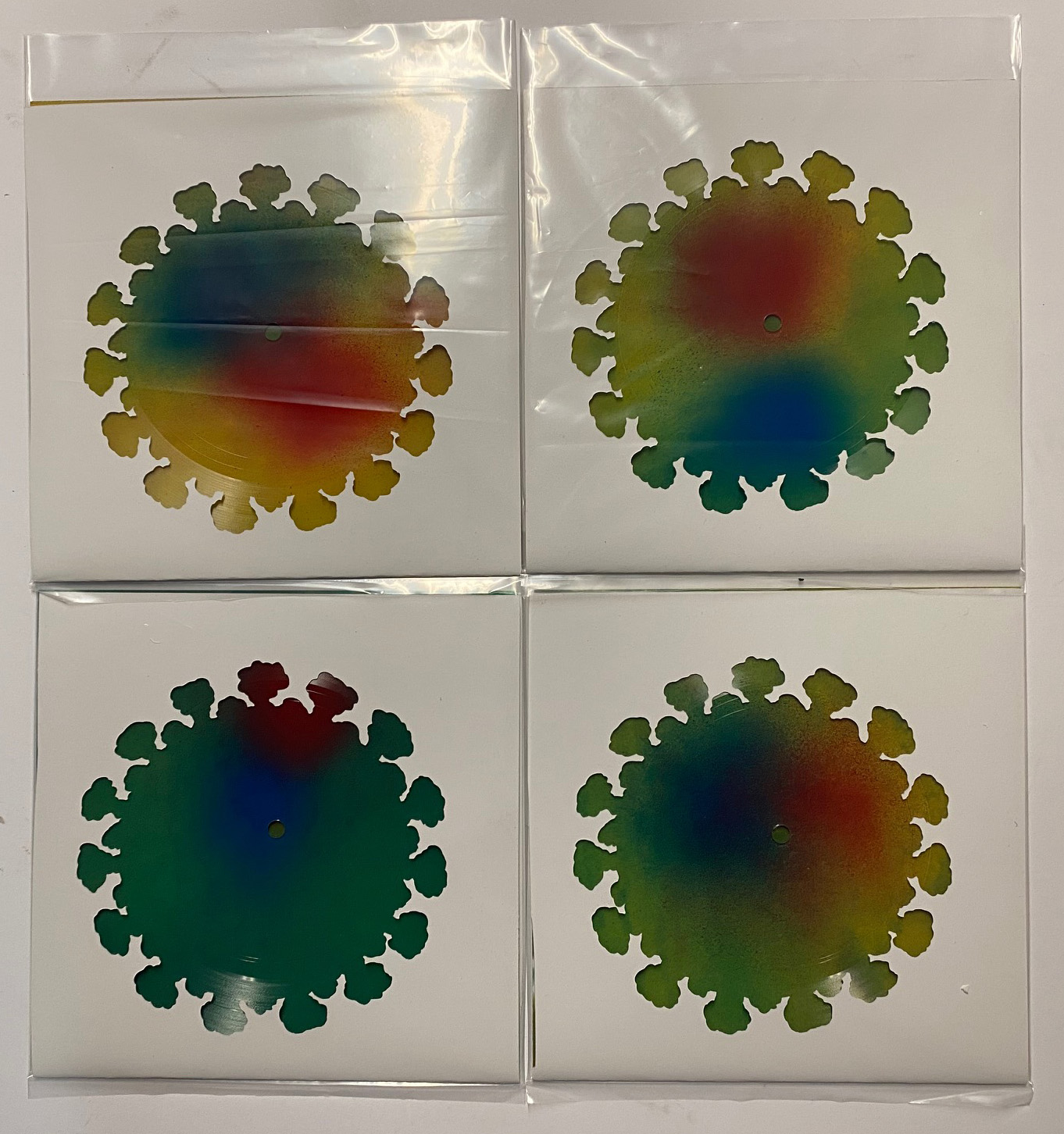 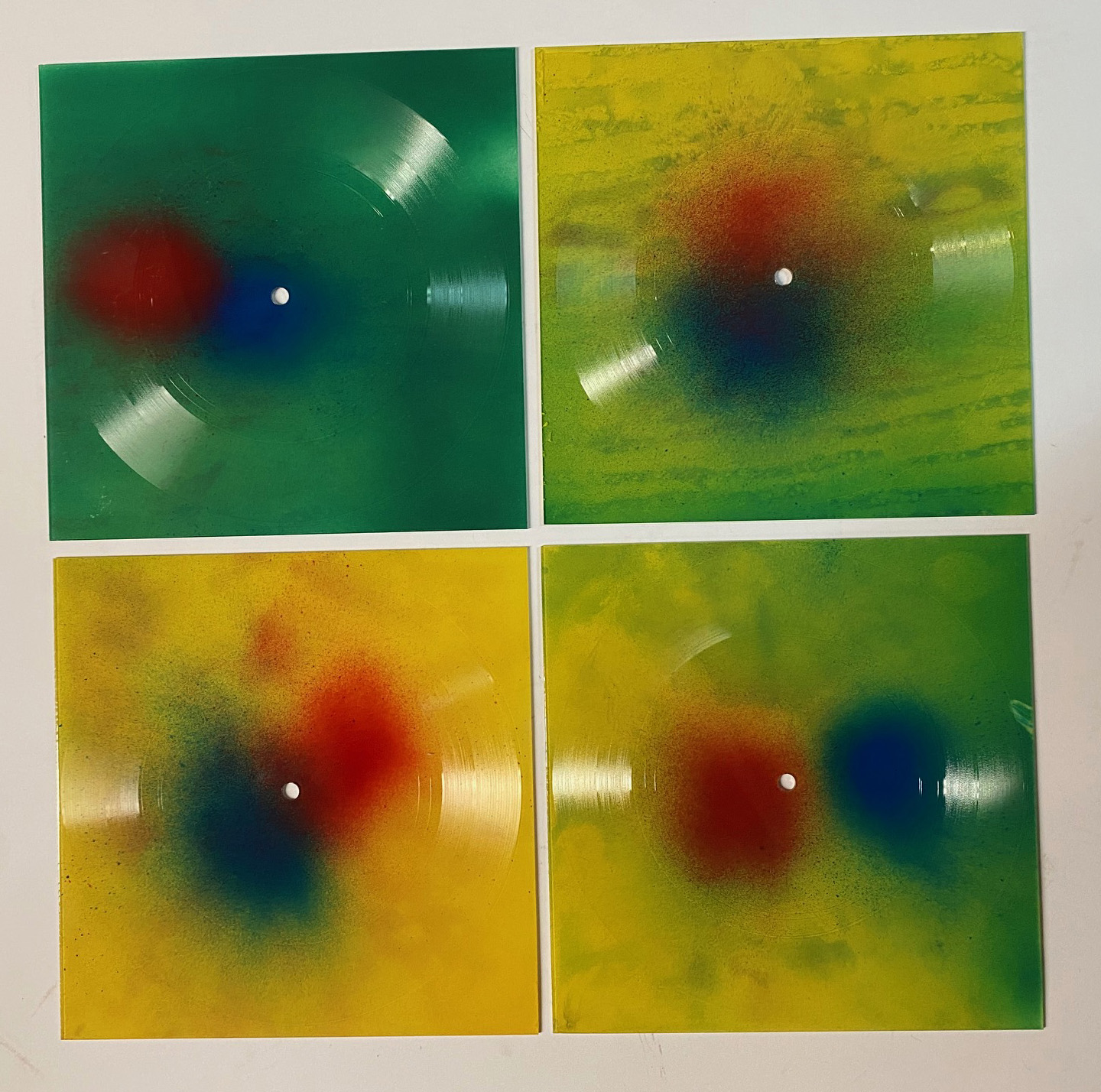 If you know The Blank Tapes, you know that Matt Adams is one of the most prolific stoner multi-instrumentalist songwriters alive. Dude has already written three songs in the time it took you to stop hacking up a lung after that weak-ass bong rip. So, it is absolutely no surprise that he cranked these two tunes under lockdown at his place in Joshua Tree, CA. It would also not be a surprise if he emerged out of all this with four or five full albums completed and recorded totally by himself. One song is for the Burger Records Quarantunes comp and the other is for Brazillian Scream and Yell comp. Both are compiled here on one side of a uniquely splattered one-sided 8” square lathe cut in a die-cut covid-cover. You know I love my cricut cutter.

He is doing a BUNCH of livestreams for various publications and projects in addition to a regular every-monday-and-4:20 livestream of his own. You should probably just be friends with him on FB. https://www.facebook.com/matthewjaredadams 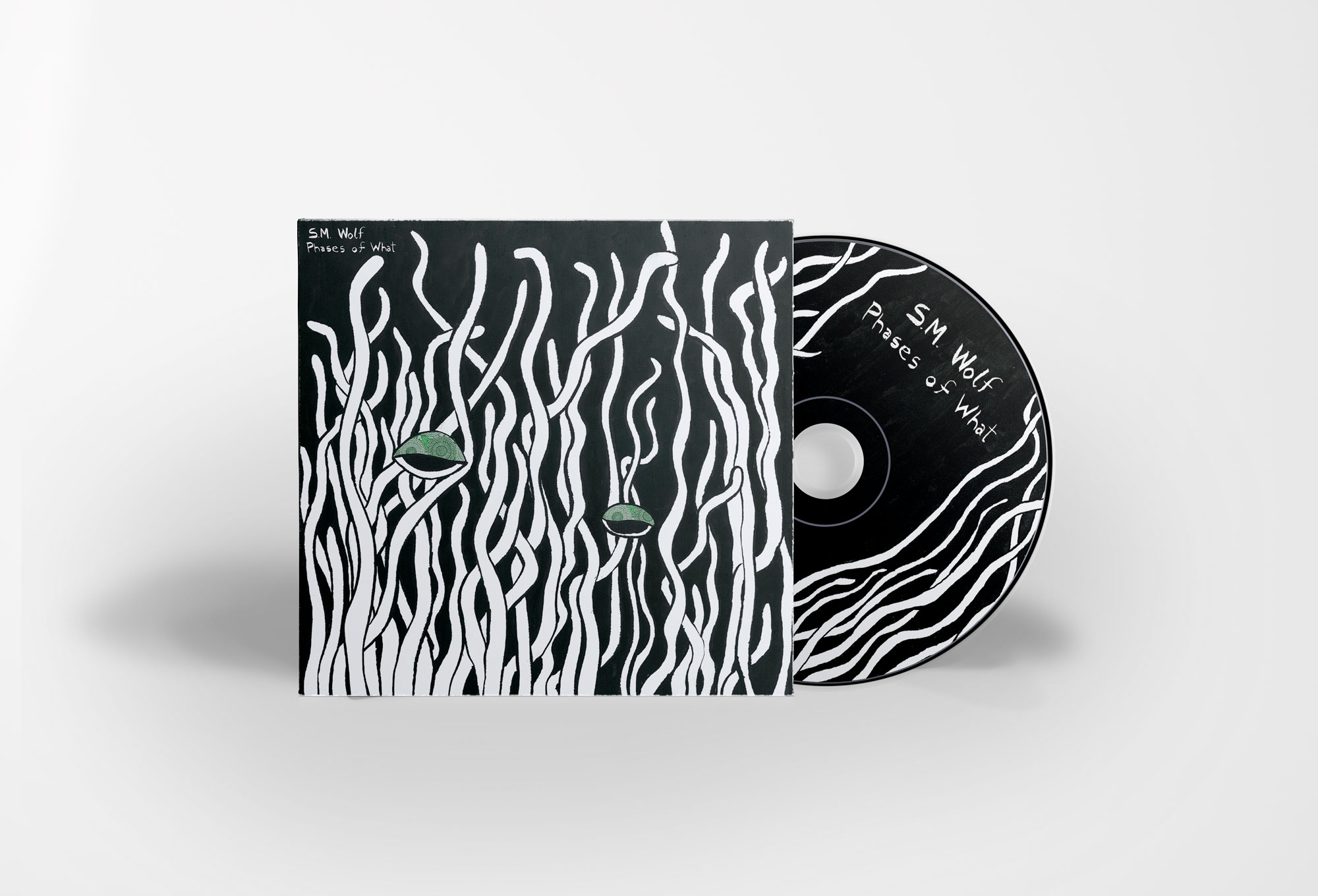 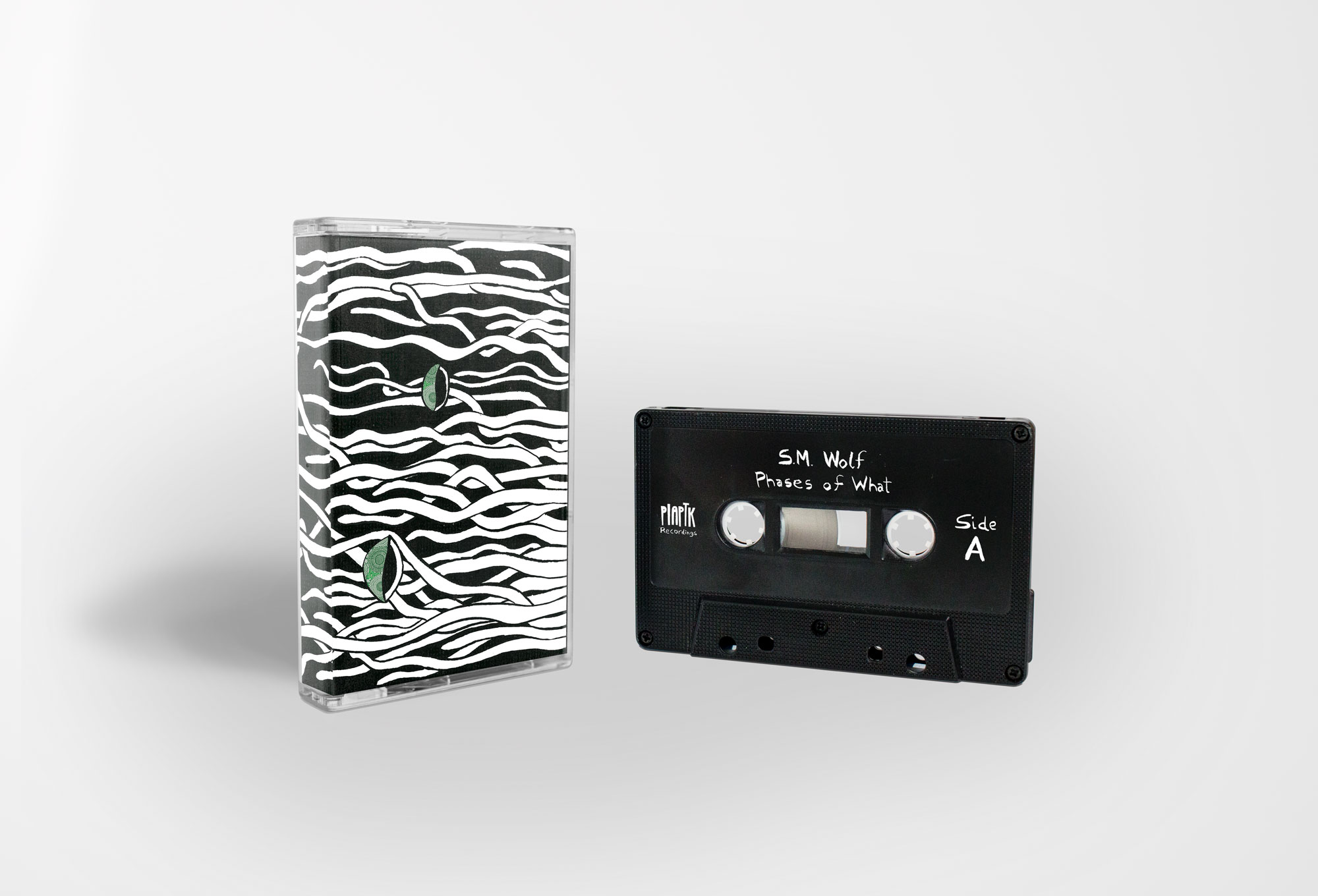 New album from SM Wolf! Home recorded by Adam on all instruments, this is another power pop classic from my buddy in Indy. Includes a lathe cut bonus track on the back of the outtake “Poseidon”. Also available on cassette!

While you are at it, pick up the package and get the new CD/Vinyl Hybrid PLUS the last LP, "Bad Ocean" for only $20!

Listen to it at their Bandcamp: https://smwolf.bandcamp.com/

Well, there ya go. More to come, as usual.

LISTEN TO IT HERE

Love you all! Mike.