Hi! Sorry to everyone who didn't get a Dr. Dog Laserdisc last time... they literally sold out in 15 seconds. bonkers.

BUT... Please take a second to check out The New Gift Machine Lp. It's REALLY Great! AND This is your last chance to get the FREE Preorder Only Bonus 5". After we start shipping them next week, they will be OUT OF PRINT! See below for the full writeup on these badboys. 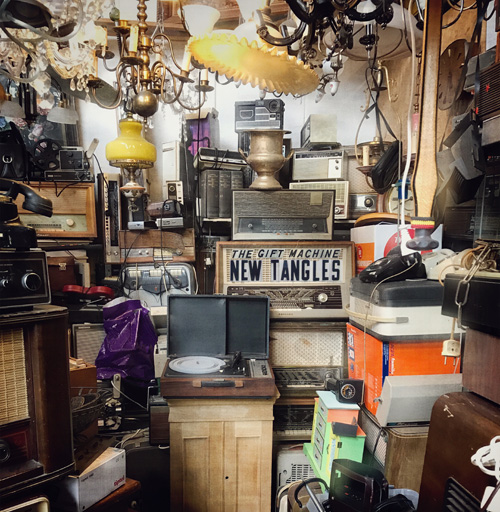 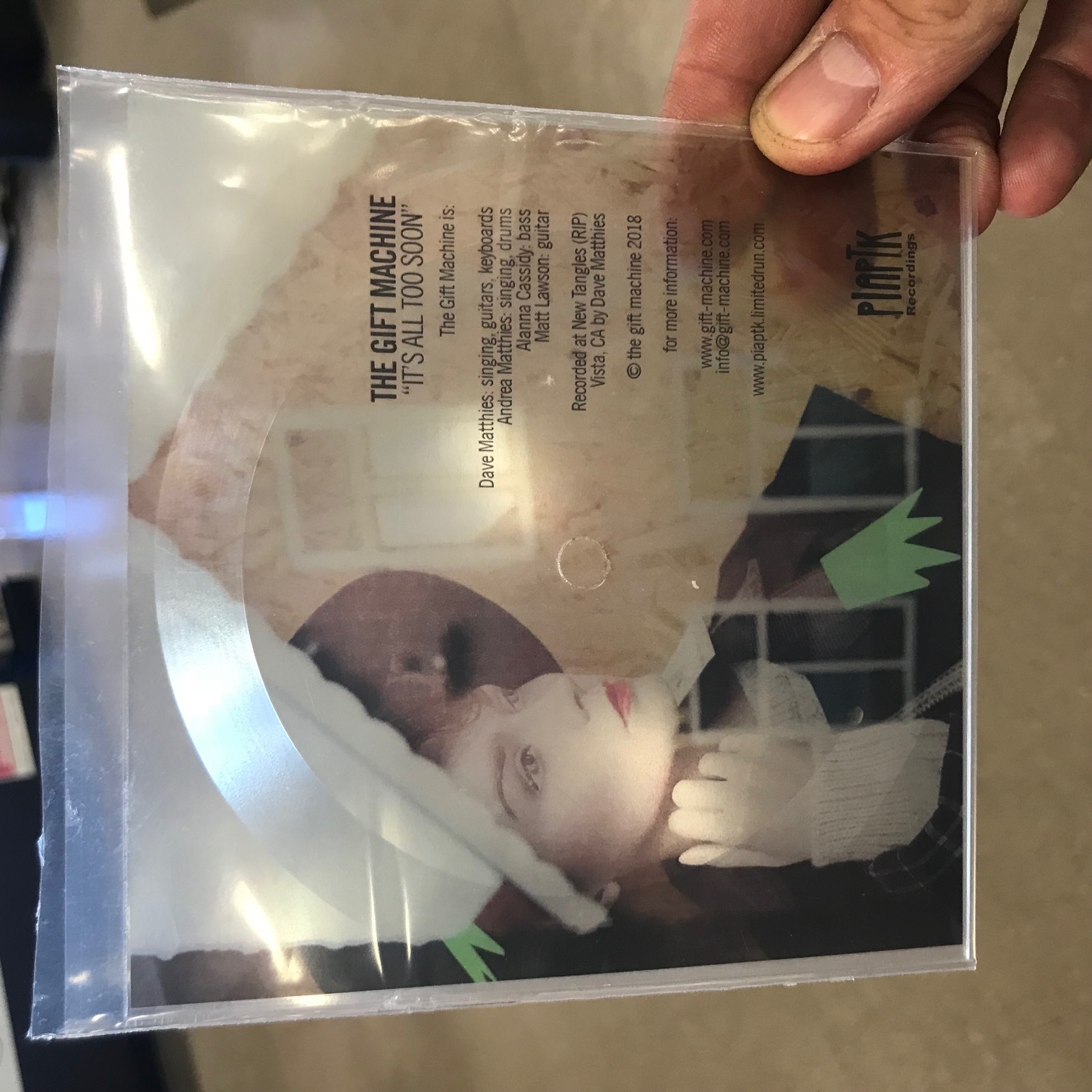 This time, there is only two new releases, and both are from Jad Fair 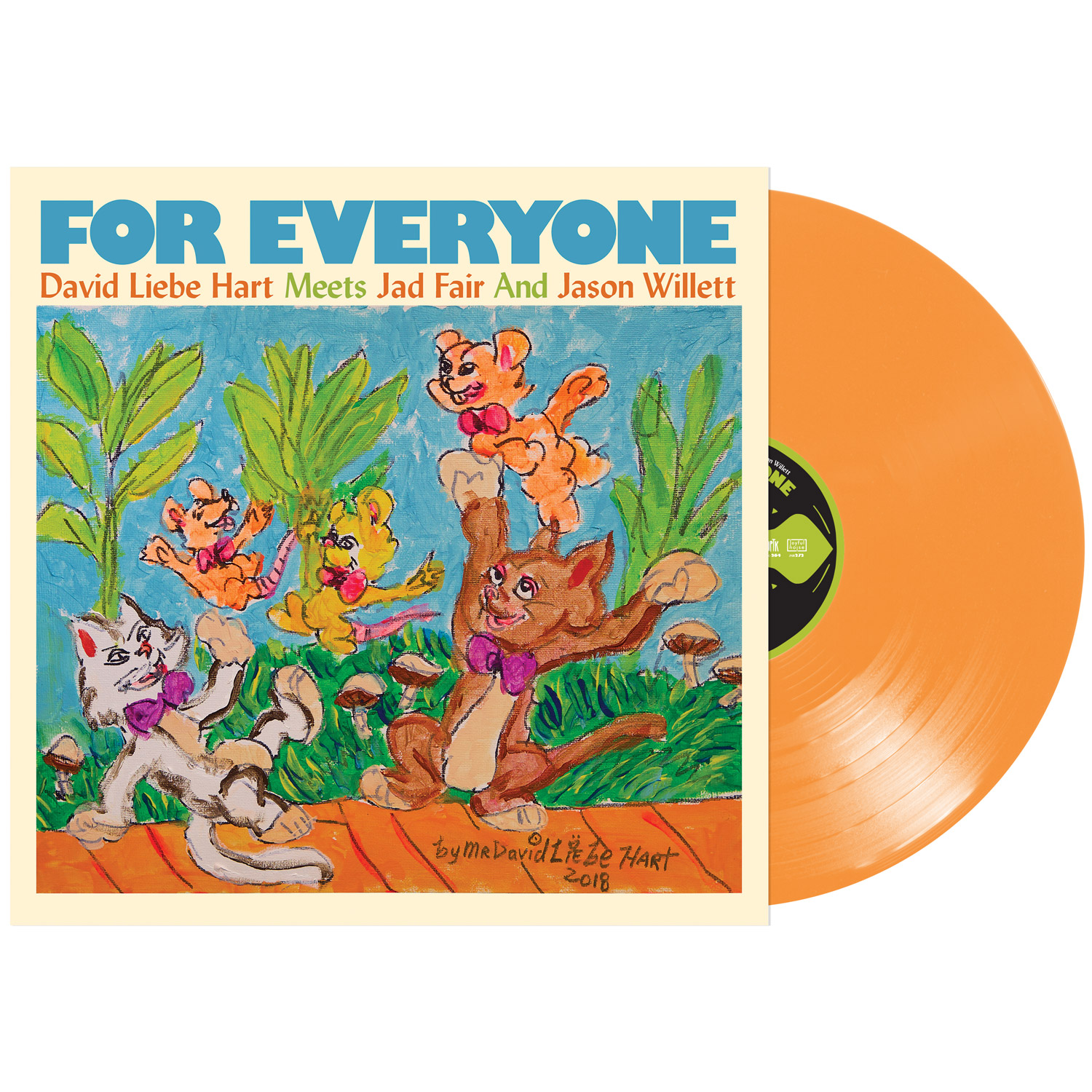 I love Jad Fair! Jad Fair was one of the first artists that PIAPTK got to work with, and one of the first weirdo outsider artists that I heard and connected to, way back when my former babysitter went off to college and her parents sold her tape collection at a garage sale when I was 13. Got two wild new Jad Fair records, both collaborations with guys named David... his brother, David Fair, and Tim and Eric weirdo, David Liebe Hart.

These are being co-released with Joyful Noise Recordings, and we only have a little over 150 of each. And I'm sure that their copies will be sold out by the time you read this.

WHILE YOU ARE AT IT: Pick up a copy of the Jad Fair handdrawn cover lathe cut 7" (at a reduced price), or a three pack with that AND both Jad and the Davids albums. I also have four copies left of the Jad Fair and Friends Live at SXSW 2007 (Jad + me+ Steve Fisk). 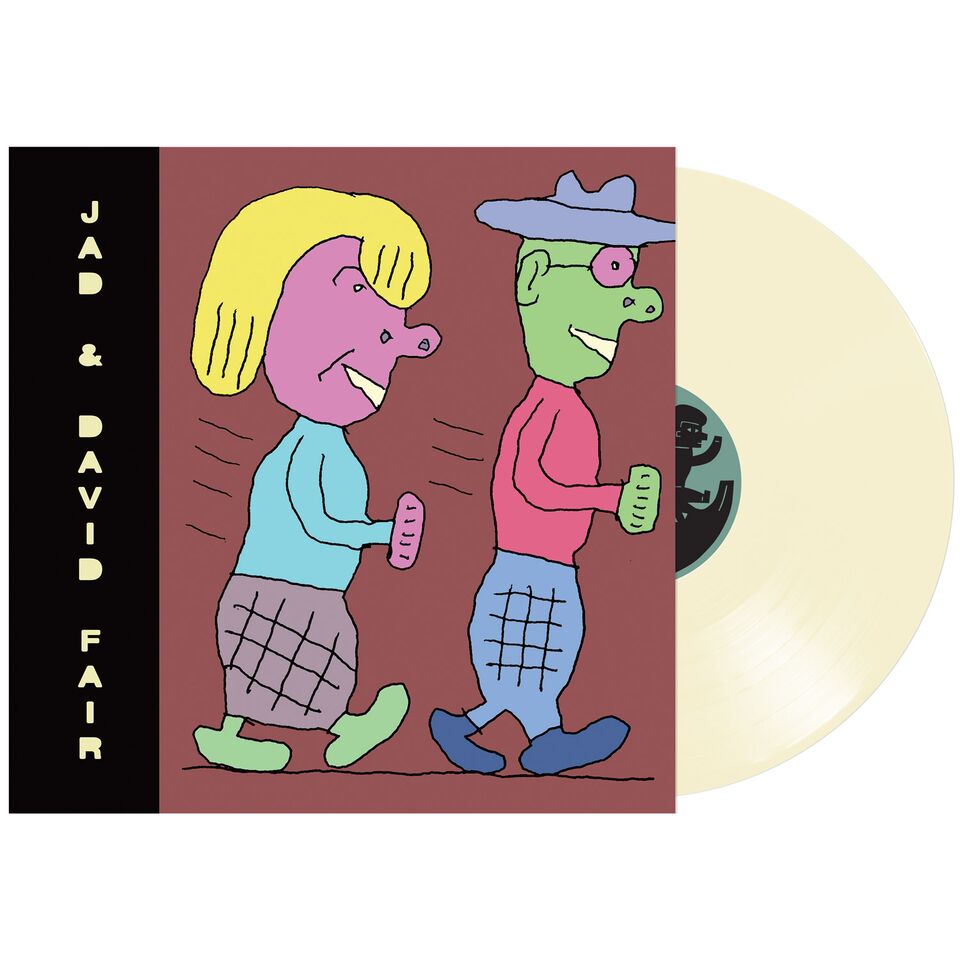 Bio Jad & David Fair:
—
When you’re dealing with artists as prolific as Jad and David Fair, it’s easy to get lost in the tangled web of their discography. Of course the obsessive fans will want to hear it all, but for casual listeners, such a vast body of work can seem daunting. So let’s make this simple, Scuse Us While We Kiss The Sky is a record you don’t want to miss.

Jad and David Fair founded Half Japanese in a bedroom of their shared home in 1974, and they’ve been gnawing at rock’s overblown tropes ever since. Music critics often characterize the brothers’ anti-establishment zeal as a Don Quixote like naiveté. But there’s undeniable mastery in the Fair’s precise destruction of popular music.

That technique is on full display throughout the duration of Scuse Us... Unforgettable moments include the album’s opener ‘Rock Me Reckless’: “If you want to rock me right, rock me reckless,” Jad wails over David’s pounding drums, as he strangles his guitar into submission. You’re unlikely to encounter a more visceral slab of rock and roll anywhere else this year.

‘All About That Lady Who Fixed That Painting Stupid’ is a quintessential Fair brothers anthem. The lyrics pay homage to Cecilia Giménez, the elderly Spanish woman who attempted to restore Elías García Martínez’s 19th-century painting Ecce Homo in 2012. “I prefer the version that looks a monkey in an eskimo jacket, the way it was before wouldn’t have caught my attention” Jad sings in this stirring tribute from one neo-primitive deconstructionist to another.

Jad is hard-pressed to give a number when asked exactly how many records he’s recorded with David, but there’s palpable chemistry and comfort in their rapport. "Playing with David feels so natural to me. That's how we started in music, just the two of us playing together,” Jad observes.

Whether you’re a longtime fan of Jad and David, or a newcomer to their singular musical universe, Scuse Us While We Kiss The Sky is an essential Fair brothers experience.

The music industry thrives on labeling artists. The practice is so deeply embedded that even the subgenres of subgenres have their own subgenres. Within this hyper-regulated system, there is no place for the indescribably unique. Artists who flagrantly disregard the system are deemed outsiders, a distinction that eventually morphed into a label of its own. With that said, Joyful Noise Recordings is proud to present David Liebe Hart Meets Jad Fair And Jason Willett, a project that unites two titanic figures from the world of outsider expression.

For fans of wild unrestrained rock and roll, Jad Fair needs no introduction. Jad has spent the last forty years demolishing rock music norms with Half Japanese and various other projects. While David Leibe Hart is best known for his otherworldly puppetry on the Cartoon Network’s Adult Swim, he’s been recording music since 2004 when he issued his self-released debut Christian Hymns And Songs Of Praise.

Jad and David didn’t meet before or during this long-distance collaboration, but both artists express a mutual admiration. "I was so pleased to work with David. He has a real creative flow and his style is very fresh,” says Jad. "I think Jad Fair is a super-genius and a talented person,” offers David.

“A songwriter is a painter who paints what he's experienced and what he's gone through. I just paint what I've experienced,” David explains. “David certainly chose themes that wouldn't have come to my mind to write songs about,” counters Jad.

The end result is an album as compelling as it is unusual. David Liebe Hart Meets Jad Fair And Jason Willett is a milestone release in outsider music.