Hello!
First off, FLOATING ACTION's Jinx Protecting shipped from the pressing plant two days ago! I am going to be working as fast as humanly possible to get those into the mail. Still have some copies of the Deluxe Red or Green Vinyl with Incense and Incense Burner! So, if you still want one, now's the time! Pick One Up Here!

Otherwise, things have been crazy around here... due to the Great Vinyl Slowdown, Lathe Cuts have started to real take off and bands/labels that have never done lathe cuts are now seeing the benefits of quick turnaround and low qty production... So, that means that I've been busy restoring machines (sold more in the last 18 months than I have in the preceding decade), and making Lathe Cut records, but for better or worst, I've always got time for my baby, PIAPTK... 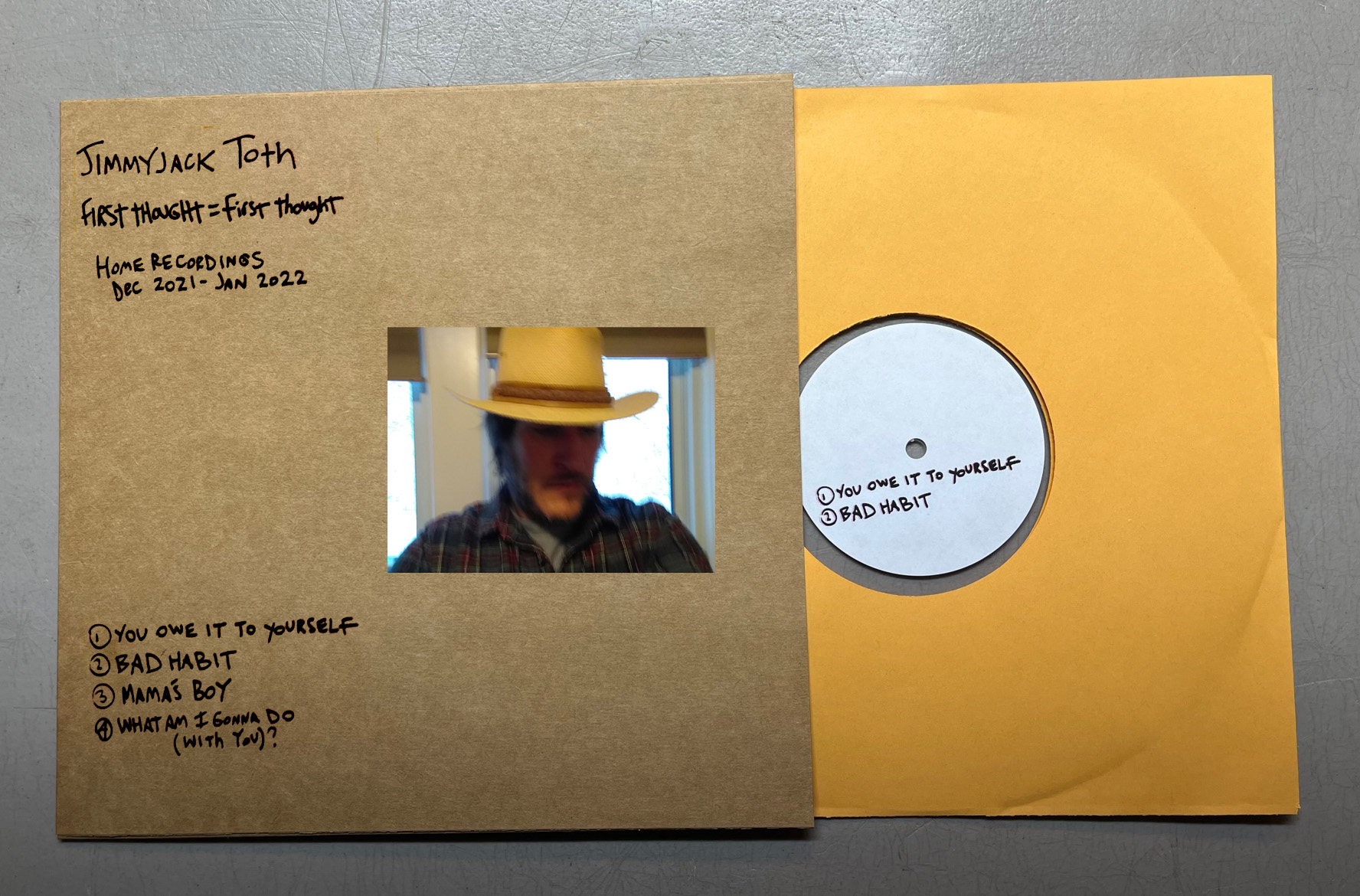 The Prodigal Toth returns to PIAPTK after half a decade of lying way too low. It's not hyperbole to say that JJT is probably the only reason PIAPTK made it out of our infancy by getting us our first bit of press and interest, way back in 2006. PIAPTK started as a fleeting joke and would have probably ended that way had I not crossed paths with James... and I'm not sure if I should "Bless or Blame", as Kristofferson would say, for it. He has been uncharacteristically quiet in the last few years, only quietly releasing solo demos while focusing on his band, One Eleven Heavy and releasing his EXCELLENT Podcast, The Toth Zone (definitely check it out).

Limited to about 75 copies or whatever we sell in the first week or so.

On Clear Lathe Cut 10"s in Silkscreened Chipboard Sleeves with a Unique, hastily taken and probably blurry, JJT Selfie on the front. Each one is Unique!

From Toth:
Hastily recorded home recordings, Dec 2021-Jan 2022
Mostly first takes
1. You Owe It To Yourself
This was written to be the penultimate track on an aborted concept album / rock opera about a corrupted “mama’s boy” (see track 3). This song finds our lamb-like protagonist, having now been seduced by the lure of necromancy, in congress with demons.
2. Bad Habit
Everything I write in open G tuning (DGDGBD) sounds like I’m trying to rip off Keef or Westerberg. Which…well, you know.
3. Mama’s Boy
Written for the aforementioned (aborted) concept album / rock opera. This would have been an early track on the record introducing the main character.
4. What Am I Gonna Do (With You)?
Written and recorded in record time. Sorry about the canned drums.
All songs by JJT, Dec 2021-Jan 2022
Recorded at home 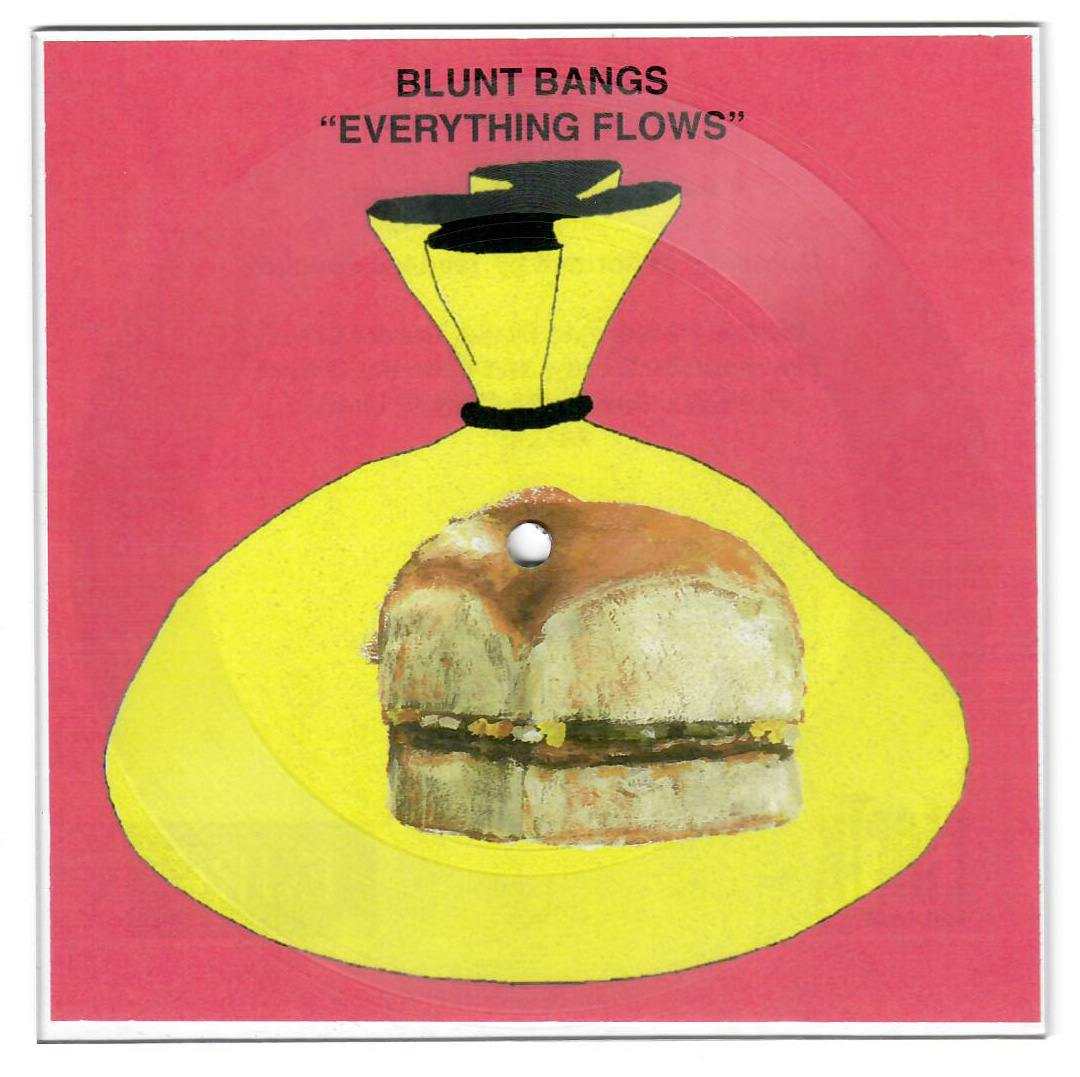 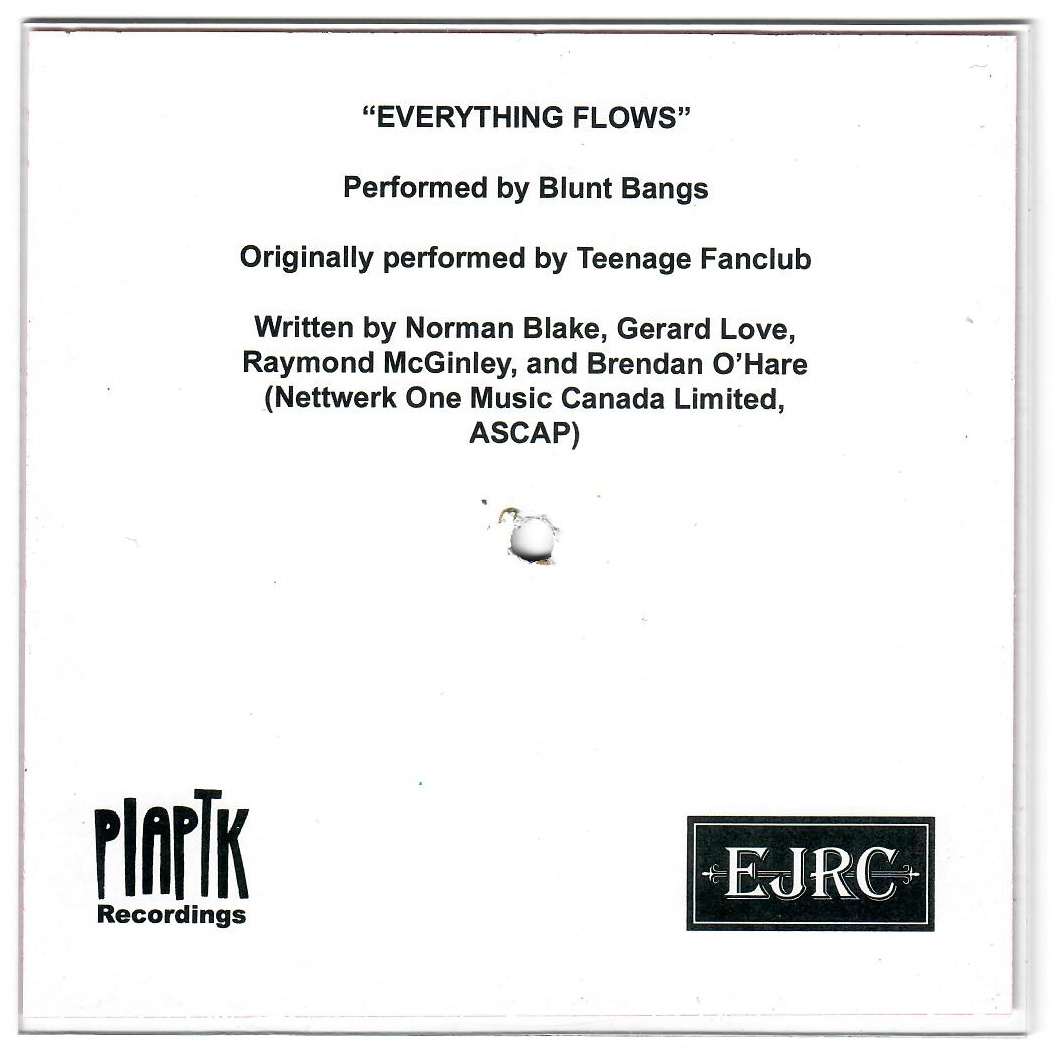 Blunt Bangs - Everything Flows 7" Pic Disc
Very excited to release this lathe cut pic disc for my buddies from Athens, GA, Blunt Bangs! An outtake from their excellent new album, Proper Smoker (which we also have for sale) that was released on Ernest Jenning Record Company, this track is a Teenage Fanclub cover.

If we sell out here, please check out https://bluntbangs.bandcamp.com/ or www.ernestjenning.com.

Blunt Bangs will touring soon to SXSW and then up the West Coast to Treefort festival in Boise and back, so keep an eye out at your local venues! See Photos for Tour Dates!
Proper Smoker, the debut LP from indie-supergroup Blunt Bangs, is proof that power pop remains perennial. Boasting a lineup that includes Reggie Youngblood (Black Kids) on guitar and vocals, Christian “Smokey” DeRoeck (Woods, Deep State, Meneguar, Little Gold) on guitar and vocals, and Cash Carter (Tracy Shedd, The Cadets) on drums, Blunt Bangs’ debut melds the canon of 90s indie rock with a spark of optimism for these uncertain times.
Pick One Up Here! 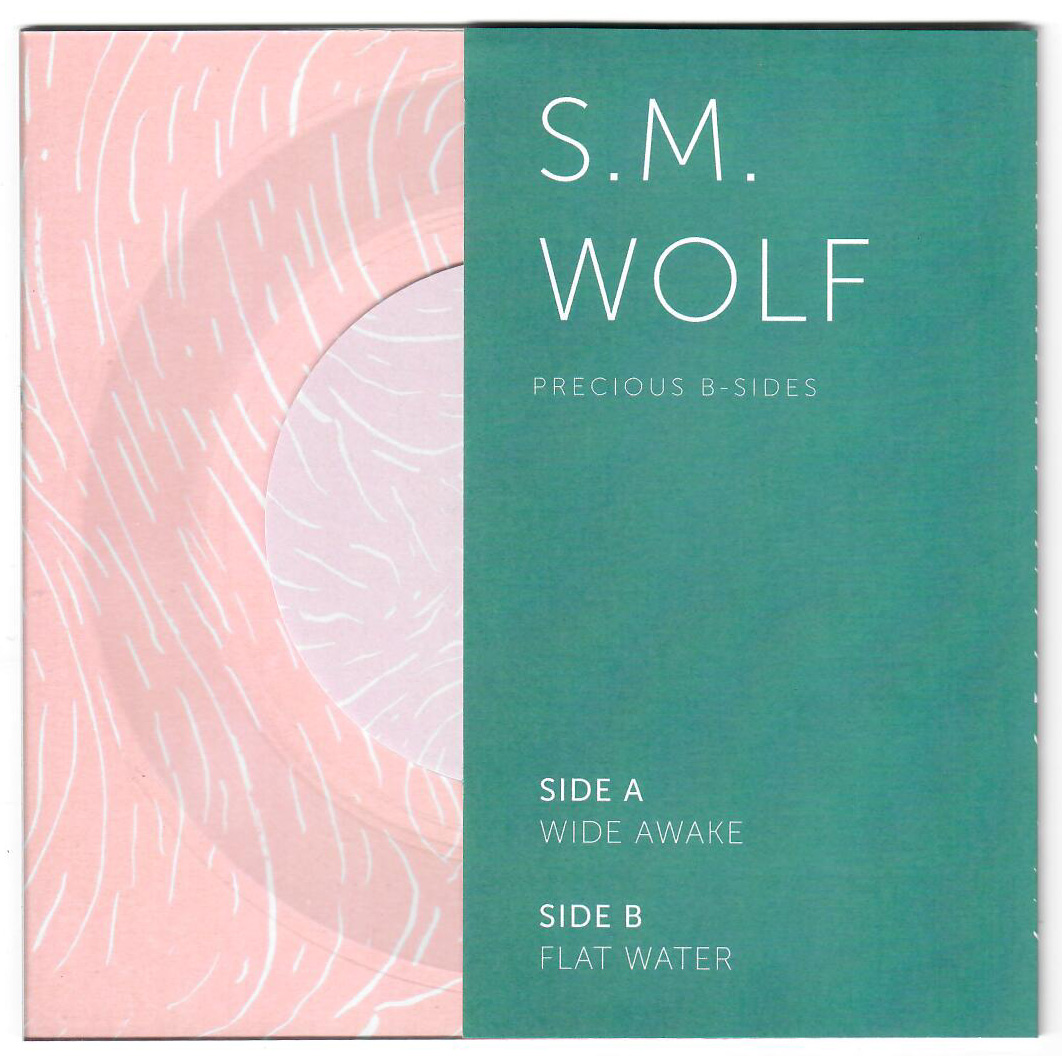 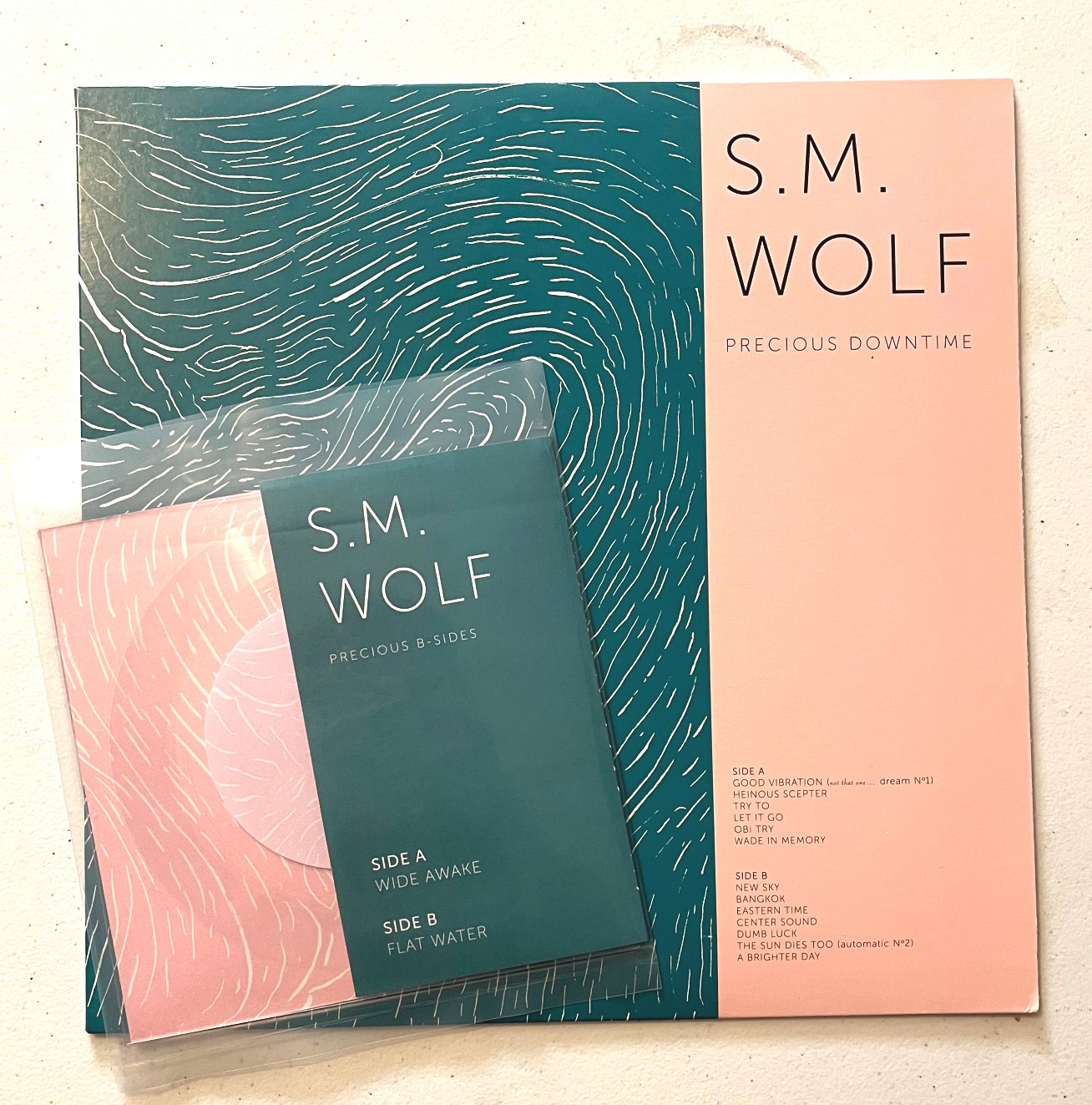 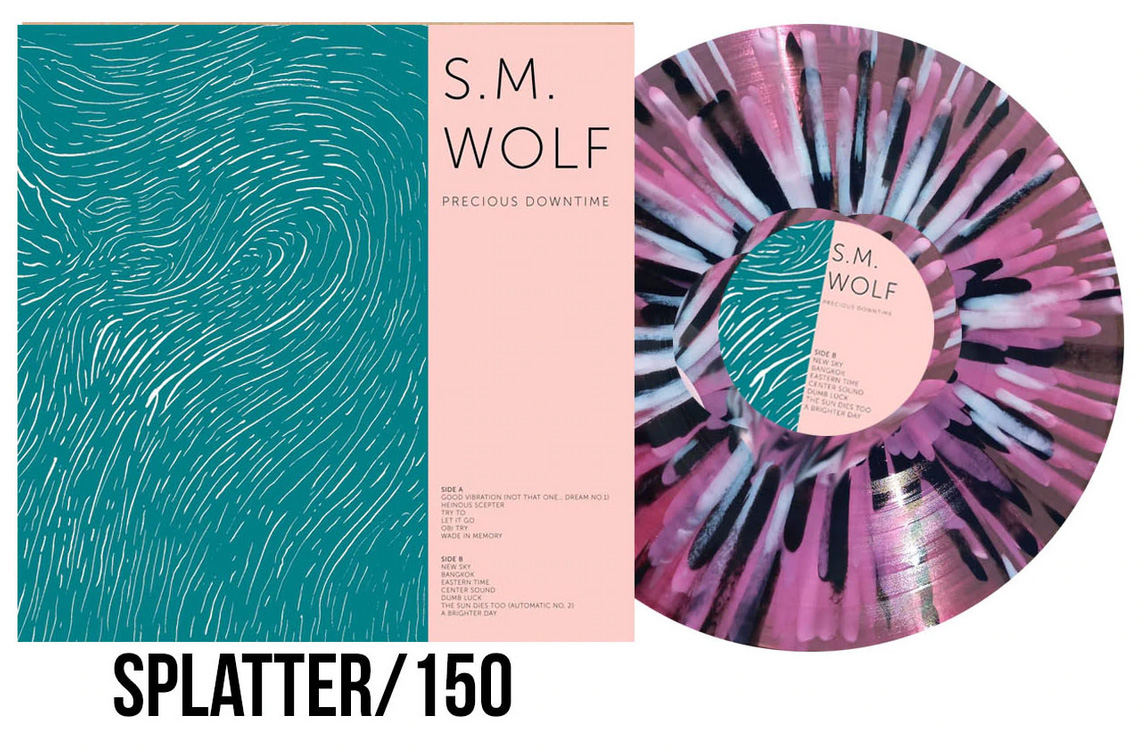 SM Wolf released their excellent new LP, Precious Downtime, with our buddies, Indianapolis' own, Romanus Records. But, two orphans from the album are being co-released by Romanus and PIAPTK. With foldover artwork designed to mirror the artwork of the album.

We also have 20 copies of the excellent Precious Downtime LP for those of you who loved their last album on PIAPTK, Bad Ocean.

If we are sold out of either Precious Downtime or Precious B-Sides, check www.RomanusRecords.com. as they may have some there. 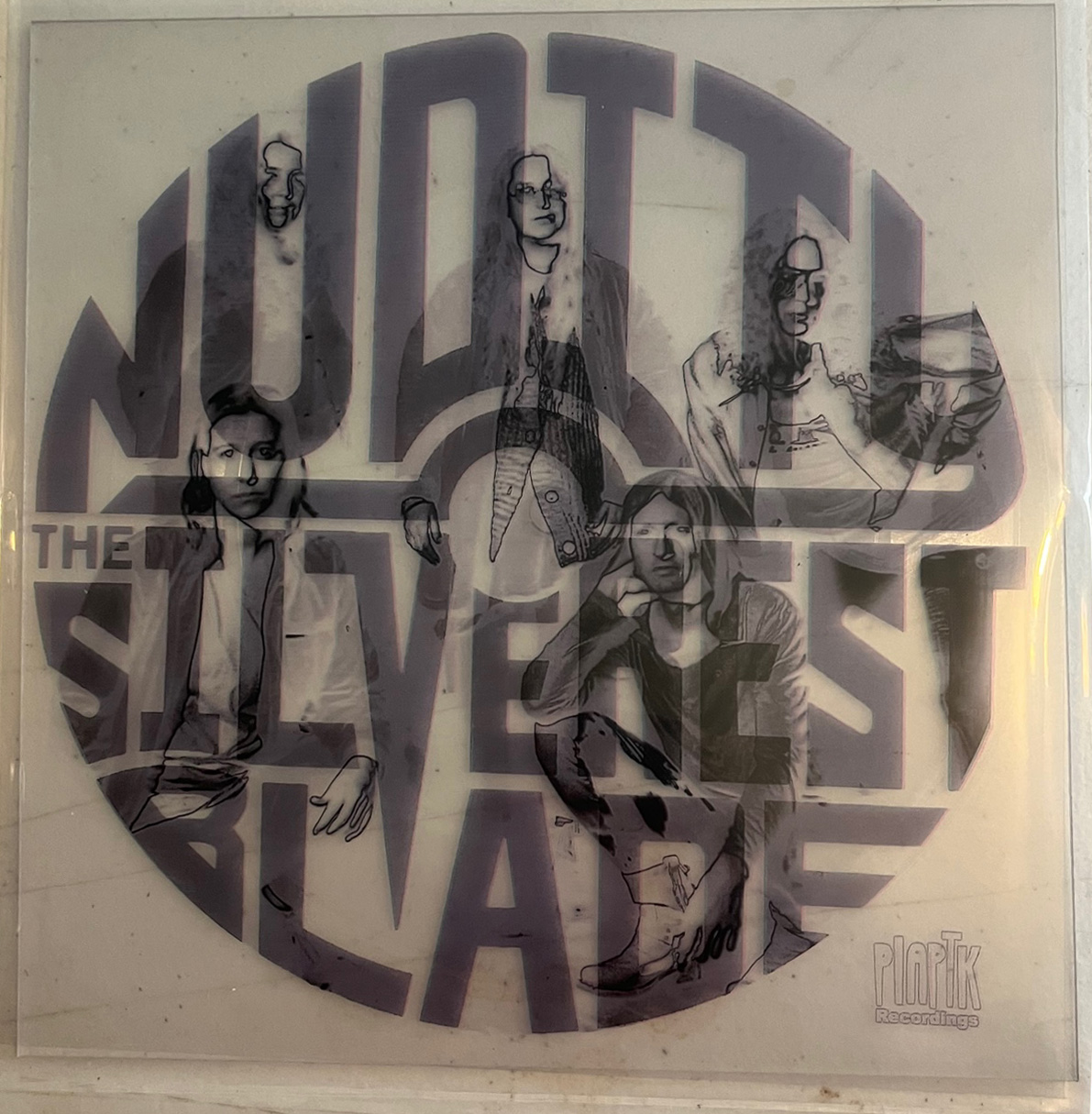 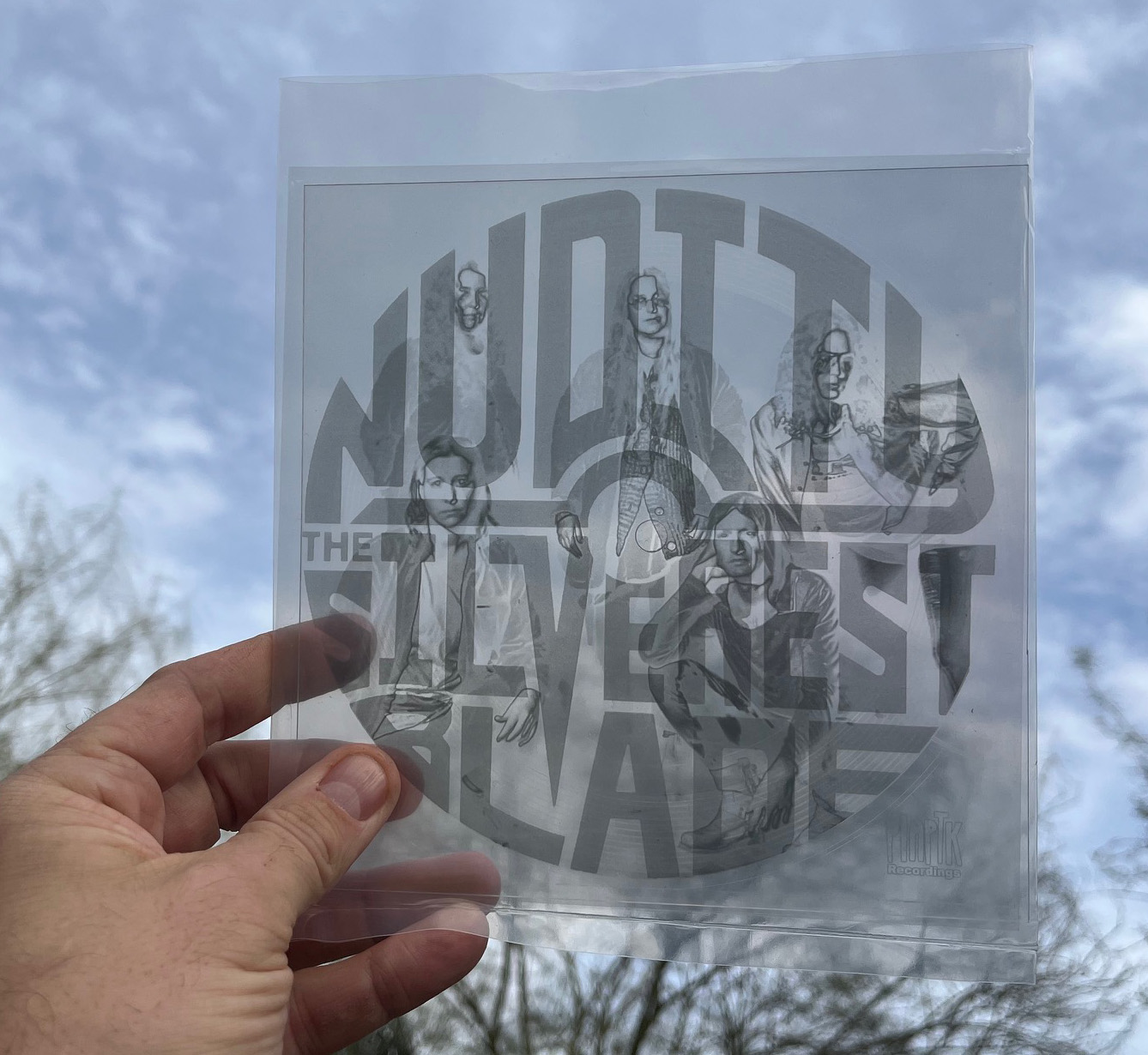 Nudity - The Silverest Blade 7"
Nudity was always one of my favorite bands during my decade in Olympia, and is one of the longer running bands to still call Oly home. Dave Harvey is at the root of the band, but you can bet that whoever else is filling out the lineup at any given time is well known within the Pac NW rock scene.

I'm very excited to finally be working with them on this new single that will also be available on their upcoming West Coast tour. If you live in any of these towns, do yourself a favor and catch one of these dates.

You know that theory that the universe is perpetually expanding and then contracting in a never-ending series of big bangs? That’s the sound of Nudity. From their home base in Olympia, WA, they explode with tuff, knife-edged rock’n’roll like The Silverest Blade with its twin-guitar harmonies and just a hint of the kosmische via swirling synths, before exploding into long-form, sonically expansive tripped out molten psychedelia, the like of which can be heard on their upcoming LP The Silverest Blade, released later in 2022 as a split between High Command Recording Company and K Records. The band’s membership ties together years of legendary underground Olympia musical history, bringing in badass players from The Need, Hysterics, Broken Water, the Tight Bro’s From Way Back When and more to create a singular noise, ever expanding and contracting in their own universal big bang.
Nudity will be spinning off new universes nightly on their West Coast tour in April 2022. Check https://nudityolympia.bandcamp.com/ for more albums and tour updates.